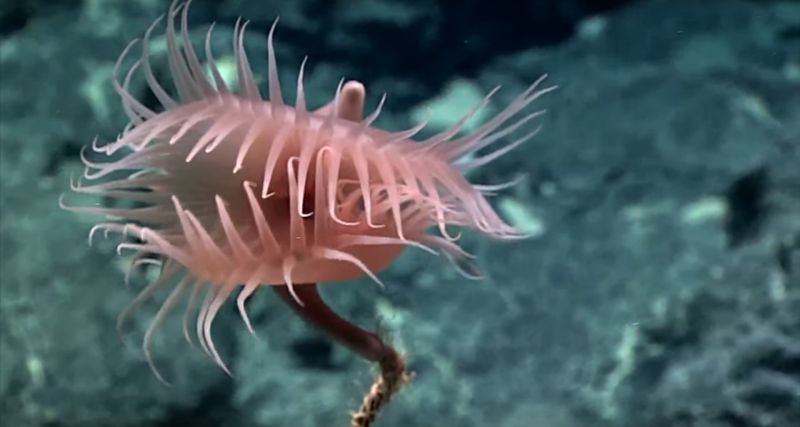 Biologists with Okeanos Explorer, the ship of the National Oceanic and Atmospheric Administration, studied the depths of the sea in American Samoa in the Pacific Ocean. There they found a huge number of strange and startling creatures, once again reminding us how little people know about the ocean fauna.

“During the expedition we observed dozens of new species of sea stars, sponges, corals and mollusks, we took some samples,” says Santiago Herrera, a member of the expedition.

And here are some of the most remarkable videos of the expedition. Of course, these species are already known to science, but they are very rarely removed so closely:

In the video above you can see the sea venus flytrap. This large actinium also closes the tentacles to catch the victim or to defend himself from the enemy. Tentacles are equipped with stinging cells, similar to microscopic harpoons, introducing poison. Previously it was believed that in this part of the Pacific Ocean they practically do not occur.

On the sea rise of Utu, the researchers stumbled upon the rhopalonematid trachymedusa, a transparent jellyfish that received the nickname “cosmic jellyfish” for its UFO-like appearance. The glowing yellow parts are the reproductive organs, and the red ones are the digestive system.

In the video above, you can see a shell-shaped triangle that uses modified fins as legs to move around the seabed. 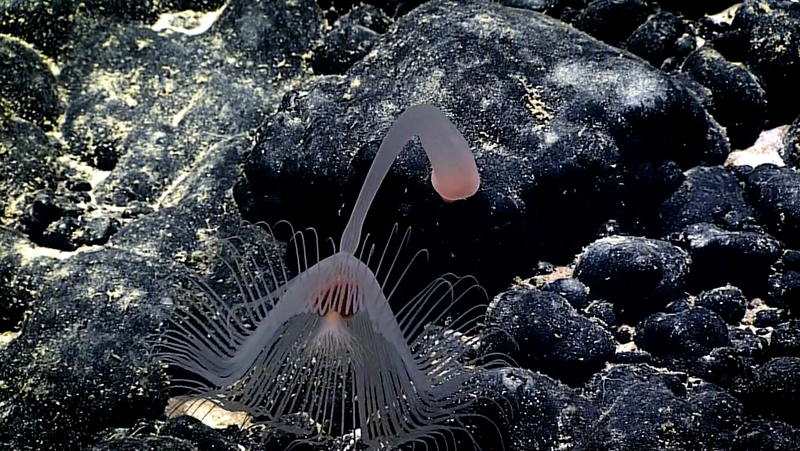 And this is a hydroid, which explores the stones on the sea ridge of Leoso. These alien aliens are close relatives of jellyfish, but behave quite differently. They attach themselves to the stones, and then with two rows of tentacle-like mouths grab food that floats nearby.

Of course, this is far from all the animals and interesting objects discovered by expeditions. Octopuses, various, corals, strange starfish – all this you can see in the photo report with Okeanos Explorer.