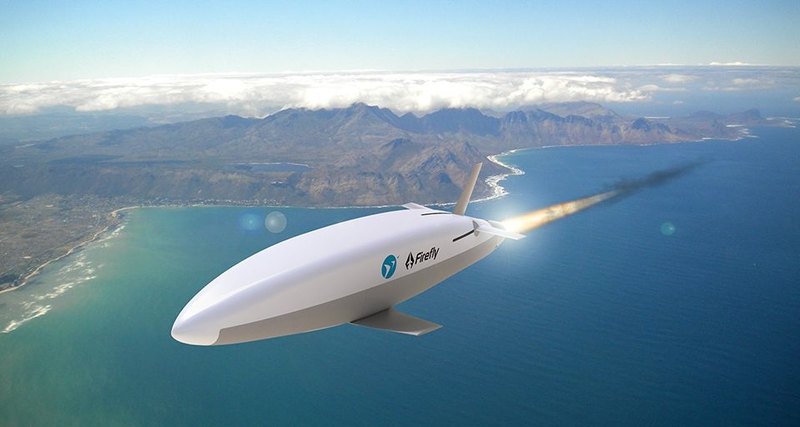 The AeroAstro Laboratories of the Massachusetts Institute of Technology are working to create the most powerful drone in the world. He will fly at a speed just above 0.8 Mach, or about 988 km / h.

Dron received the name “Firefly”, and in fact it is more like a mini-rocket, and in form more like a dirigible. It is designed to launch from jet fighters to collect data and divert enemy weapons systems.

Naturally, the developers are faced with a problem: for a turbine such a drone is too small, for an electric motor must be too fast, and when using a pulsating air-jet engine, serious thermal problems arise.

In addition, because of the speed of the engineers had to solve the problem with fuel consumption. A conventional rocket of this size will burn all the fuel in a couple of seconds and it will not last exactly 5 minutes, but slowing the ignition can lead to the fact that combustion does not happen at all. The solution was found by mixing ammonium perchlorate with oxamide. “We used an inhibitor to cool the flame by chemical decomposition and change its structure so that the fuel burns more slowly,” explains Tony Tao, a doctoral student working on the project. As a result of such a composition, the “Firefly”, which weighs a maximum of 1.3 kg, can last 3 minutes in the air.

Dron is built of titanium and is one of the first rockets printed on a 3D printer. Between the instruments and the engine is an insulating layer that protects the electronics from overheating.

Before the flight “Firefly” remained at least a year, but it will start a completely new class of drones.