The most powerful nuclear explosions in history 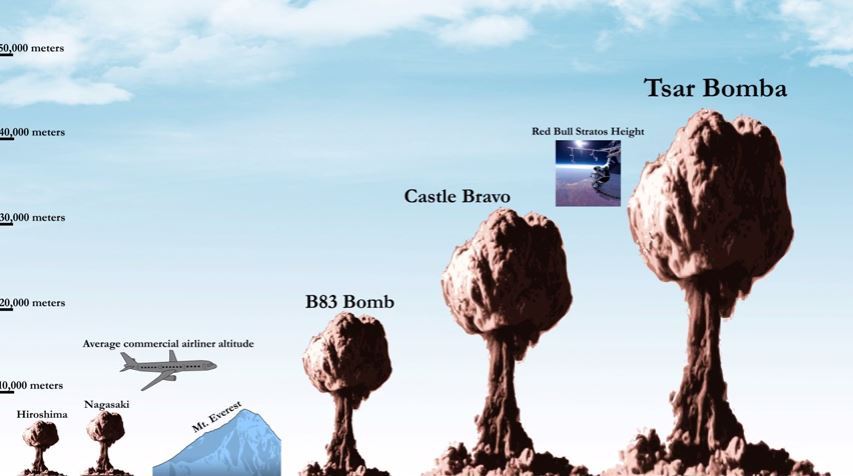 Video which compared various atomic explosions, including the most powerful. The authors estimate the amount of emitted energy, the height of the resulting mushroom cloud, and the scale of destruction.

The power of a bomb explosion over Hiroshima was equivalent to 15 thousand tons of TNT (TNT). The amount of energy that stood out in the tests developed in the 1970-ies of the fusion of the projectile B83, was 1.2 million tons of TNT, and the height of the cloud reached 20 kilometers. With the explosion of the Soviet “Tsar Bomba” nuclear mushroom rose to the limits of the stratosphere (50 kilometers).

The authors also compared the stocks of nuclear weapons have different countries. According to their estimates, the record is Russia, which is more than seven thousand warheads.

2014 was parity between the US and Russia in which both countries have equal opportunities of strategic offensive nuclear forces.