The most spooky mushroom in the world 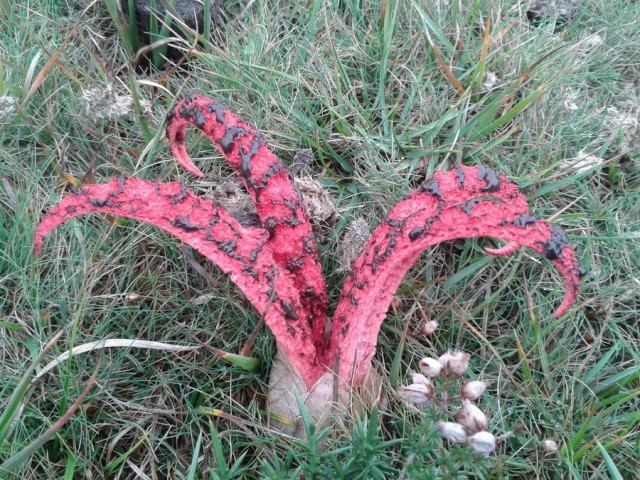 The fungus with the eerie name “Fingers of the devil” is known to specialists for a long time, but on social networks many people refused to believe for a long time that these are real pictures, and even assumed that there is an ordinary photomontage. Others joked that the photo shows real eggs with embryos of “Aliens”. Some users have expressed the version that it’s just the footage from the film set of a fantastic film.

A strange and even frightening species was first mentioned in 1860 when describing the flora of Tasmania, and since then its spread throughout the rest of the world began. First, the controversy was brought to the mainland of Australia, then to New Zealand, and during the First World War they landed in France. It is assumed that they were imported accidentally together with a load of wool.

Since then, “Fingers of the Devil” are found in forests throughout Europe, from Spain to Poland. Despite the fact that Anturus Archer was originally a tropical inhabitant, he perfectly acclimatized almost everywhere, where he got. In the 1950s he was found in Kazakhstan, and from the late 70s he periodically comes to the eye in the Ukrainian forests.

In Russia, isolated cases of its occurrence were noted in the Sverdlovsk and Kaluga regions.

“Fingers of the devil” attract attention also because the whole process of their growth surprisingly resembles the scenes from the films about “Aliens.” Initially, the fungus is in a folded state in a jelly-like “egg,” then it begins to grow and opens like a flower, spreading the “tentacles” in the sides. The terrible smell, which he spreads at the same time, is intended to attract flies spreading his spores.