The most white biomaterial on earth is created 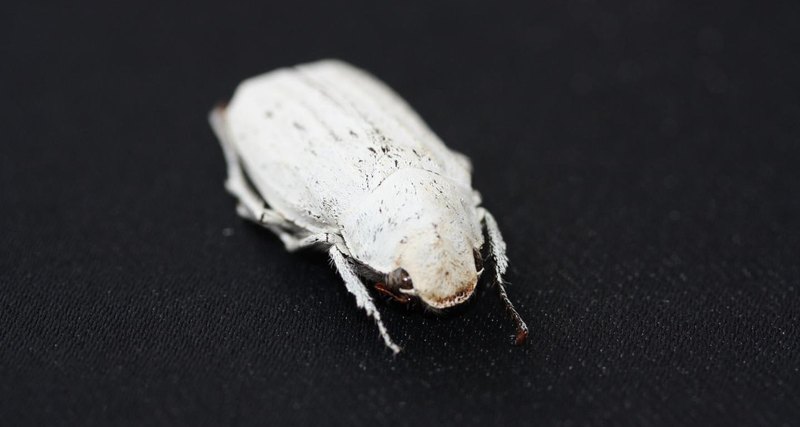 Physicists created the most white substance from cellulose nanofibers in the world, inspired by the complex shells of exotic beetles.

White and black colors have long been considered to be opposite to each other. From the physical point of view, this is easily explained: black things absorb almost all the light that hits them, while white things reflect it in the opposite direction, which is the same for light radiation with waves of any length. A group of European scientists, using this property alone, created the world’s whiteest paper. But how white is it? “When you paint a wall in white, you have to put a few layers of paint on it. In the case of our material, only one layer 10 microns thick will suffice, “answers the lead author of the study Olimpia Onelli of Cambridge University. For comparison, the thickness of a human hair is from 80 to 110 microns.

As is known, the color perception of light radiation is affected by the length of its wave. The human eye can only see light with a wavelength of 380 to 750 nm. Surfaces that scatter light waves of a certain length, depending on it, become red, blue, green and so on. But the white surface should scatter any light equally, and therefore the key to creating perfectly white material was a rough, porous surface.

Usually, for the preparation of white substances of physics, titanium dioxide is used, but in the form of nanoparticles this substance can be toxic. Researchers drew attention to beetles of the genus Cyphochilus, the chitinous shell of which perfectly disperses light due to its complex biostructure. As a result, cellulosic nano-fibrils-nanosized cellulose fibers-resembled chitin in their structure were used in the new material. Scientists rotated the cellulose in a centrifuge until the fibers of the desired length were left in the liquid suspension, after which the liquids were allowed to dry and the nano-fibrils themselves created a texture with the “correct” whiteness.

According to a study published in the journal Advanced Materials, the new material is 20-30 times whiter than white filter paper. To date, it is not the most white matter in the world – some forms of titanium dioxide are still slightly whiter. However, since this substance is not a threat, it can be used anywhere – in paint, cosmetics and even in food.