The mummy of the falcon turned out to be a mummy

2,1-thousand-year-old mummified remains, which were formerly believed to belong to a falcon, are in fact the remains of a stillborn boy. This was stated by scientists from the University of Western Ontario.

The child had a congenital defect – anencephaly, in which there was no part of the brain and skull.

The mummy was donated to the Maidstone Museum in Great Britain in 1925. Scientists believed that this mummy falcon, as the remains were placed in a cardboard, reminiscent of the figure of a bird of prey.

Researchers used the technology of microcomputer tomography to study mummies. She allowed to get high resolution images without damaging the cocoon.

The mummy of a stillborn child, studied by specialists, is one of the three known Egyptian mummies of children who had anencephaly. According to scientists, the age of the fetus was 23 – 28 weeks. 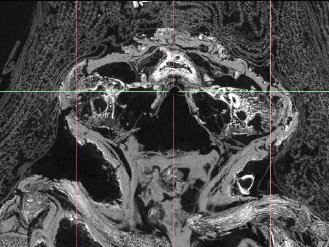 On the cardboard, there were images of Osiris, the god of the afterlife, Isis and Nephthys. Above Osiris was depicted Ba, a mythical bird with a human head. Even higher is Wadget, Hawkeye’s falcon eye.