The mysteries of the human immune system 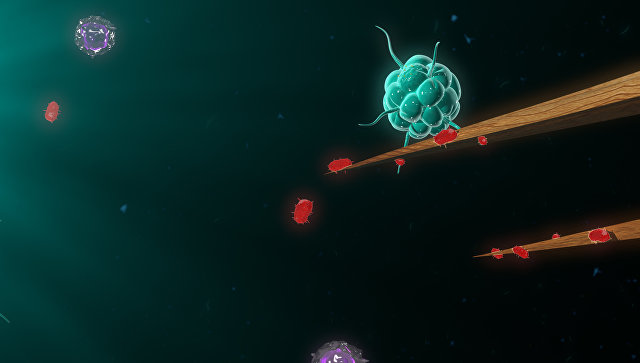 Immune system – a unique system of our body is required to protect against infection, cancer and autoimmune diseases. We often encounter the term “Immunity”, but so few know about him! It’s time to lift the veil of secrecy..

Fact # 1 the Basis of immunity is genetics

It is no secret that each of us is exceptional and unique! So, cells of the immune system of oversight in all tissues and organs and recognize his and others at the genetic level. And when that supervision is consistent, killed all the alien, from viruses to cancer cells.

Fact # 2 the Immunity is of two types: congenital and acquired

Literally from the name it becomes clear that innate immunity we are born. It is the first line of defense of the body against infection. Let’s look at an example: runny nose and sore throat acute respiratory infections – signs of an active struggle against microbes innate immunity in our mucous membranes! Acquired immunity is more complex, responsible lymphocytes, which come to the aid of the cells of innate immunity and reach the pinnacle of their activity by the 7th day of the disease!

Maybe that’s why the ARD by the 7th day it becomes much better? Why such immunity is called acquired?

It’s simple, it depends on what bacteria and viruses we had to face during the life! Thus, acquired immunity from a resident of Greenland and Thailand will be completely different, even if they are identical twins!

The phrase, which can cause fear and panic! In fact, a state with which each of us had to face. The so-called periods of life, in which the body more vulnerable to infections:

• Children from birth to 6 years, namely until the formation of their immune system.

• Teenagers ~ 12-13 years, in connection with the hormone surge that affects the immune system including.

• Immunodeficiency pregnant is a necessary weakening of the immune system for gestation (see Fact # 7).

• People over 65 in connection with the slowing of metabolic processes.

Fact # 4 cells of the immune system have memory!

In fact, the lymphocytes characterized by infection, which is already faced! Due to this property we don’t get chickenpox twice, and it’s called lifelong immunity! Moreover, on this property based vaccination! In response to the vaccine, lymphocyte forms a memory cell, which when meeting the infection does not allow us to get sick and it has its proven effectiveness!

Fact # 5 Allergy is one of the fastest spreading diseases of the 21st century.

Allergy is overreaction of the immune system to various substances (allergens). Formation of of Allergy is associated with heredity and ecology, which explains an increase in the incidence in the XX-XXI centuries. The most common allergens are tree pollen, house dust mites and cow’s milk protein.

Fact # 6 the Immune system protects against your own cells!

The immune system protects us not only from infection but also from himself. Only 5% of all lymphocytes created will be able to pass a thorough selection. The remaining 95% of the cells are destroyed! Such selection is based only on one factor – lymphocyte needs to deal only with what is foreign. This important regulation prevents the development of autoimmune diseases.

Fact # 7 Pregnancy is possible thanks to the immunity!

We found that the human body will reject any genetically foreign structure as cells of the immune system carry out surveillance inside our body. But all rules have exceptions! Pregnancy! The child is 50% from dad and 50% from mom, and therefore from the point of view of genetics for body mothers it will be a stranger! But the immune system is not so simple, it departs from its rules! Moreover, it reduces all aggressive factors and protects the fetus until birth. Conclusion: the ability of women to carry and give birth to the child, distinct from it genetically, is another unique property of the immune system!

With a frequency of 1 in 10 000 children are born with genetic breakdowns, which lead to the lack of ability to fight infections. Their congenital disease called primary immunodeficiency. But they can be helped by bone marrow transplantation. The donor cells will take on a protective function and allows the child to grow and enjoy life.

Now we know a bit more about the amazing immune system of the person, which is the guardian of our health! And our task is to maintain the body in this difficult struggle! Help simple: good nutrition, sleep, fresh air and exercise! And everything else will make the immune system!