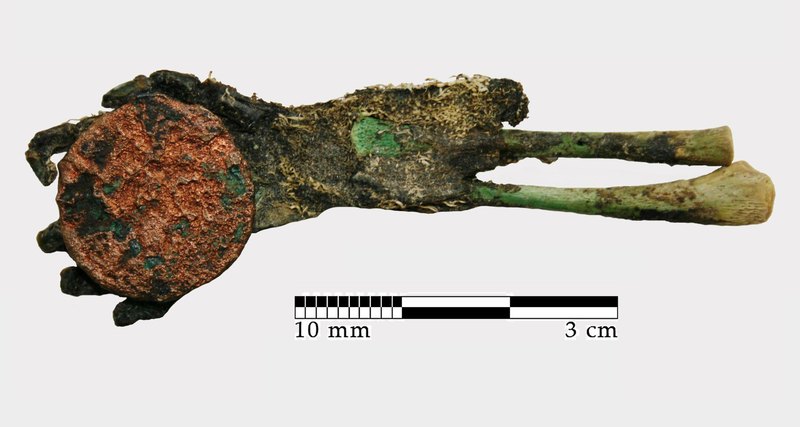 The archaeologist discovered a tiny green hand in the skeleton of the child, which somehow underwent mummification – in contrast to the rest of the body, decomposed to the bone.

Researchers stumbled upon an unusual hand-mummy in the coffin during the excavation of the cemetery in Nyárlőrinc, a village in southern Hungary. All 500 graves were dug in the XII-XVI centuries, but a similar phenomenon was found in a single coffin. The very fact that the skeleton has turned green is not new to scientists: the dead were often buried with metal ornaments or fragments of clothing – and copper and bronze, as is known, oxidize with time and assume a greenish color. The plaque of metal could be crocheted, but no one knows why it touched only the hand. In an interview with the New York Times, Dr. Balázs, author of a study published in the journal Archaeological and Anthropological Sciences, said that “the find is so unusual that you begin to doubt the sobriety of your own mind.” 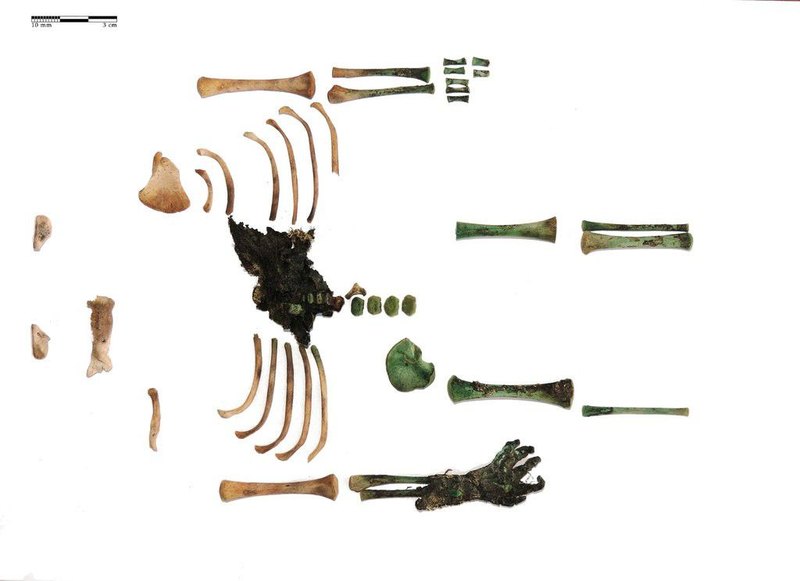 As expected, during the analysis, archaeologists found in the bones of the hand the content of copper – it was incredibly large for the mummy and hundreds of times higher than the average. After examining the grave, the archaeologists discovered in it a clay crock and an old, green copper coin that turned green from time to time. Currently, the working hypothesis remains that according to which a coin was put into the hand of a dead person as a funeral gift, and copper, eventually penetrated into soft tissue, protected them from decay. In this case, this is one of the first (if not the first) in the history of cases of involuntary mummification through copper.

Dr. Beruchsky notes that those who buried the child managed to save if not his soul, then at least some legacy thanks to which the memory of him lives many years after the burial.