The mysterious hominid was not upright and did not climb trees 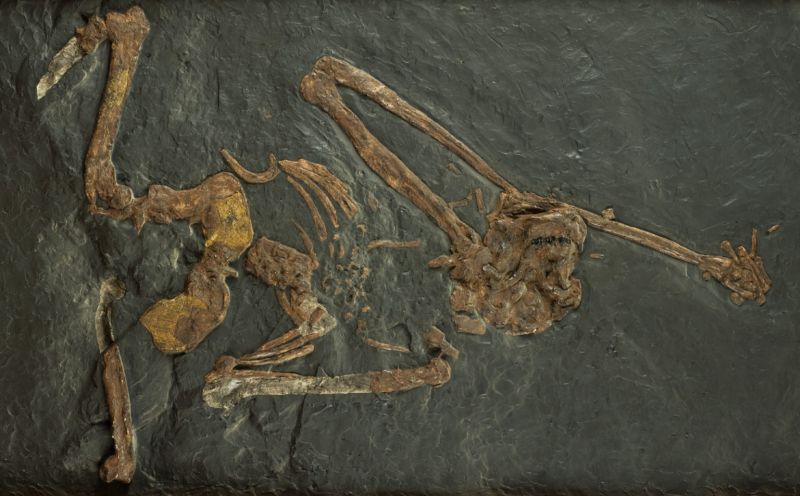 Studying the remains of the mysterious hominid Oreopithecus bambolii sheds light on how this ancient primate moved. An article about this is published in the Proceedings of the National Academy of Sciences.

O.bambolii lived in the territory of modern Italy about 6.7-8.3 million years ago. For the first time, evidence of its existence was found in 1872, and since then, scientists have been arguing about the primate’s lifestyle. The most important questions: whether the ancient hominid was upright and whether he was able to climb tree trunks.

An international group of scientists from Italy, the USA, Spain and Switzerland decided to clarify this issue by examining the most complete of the creature’s skeletons ever found. This is the backbone of a male weighing about 30 kilograms, found in 1958 during the development of coal seams.

According to the researchers, the upper body of O. bambolii resembled the torso of modern gibbons. Unlike modern primates, in which there are four lumbar vertebrae, there are five such vertebrae in the oreopithecus. The structure of the hominid pelvis is different from all known primates – both modern and ancient like Australopithecus. It had a transverse orientation of the ilium wings, and the length of the ischium was approximately the same as that of the primates of the Miocene era – aphropites and giantopithecus.

According to the authors of the study, the structure of the pelvis O.bambolii was suitable for movement on the hind limbs much better than modern monkeys, but was not rigid enough to develop upright posture. Most likely, the Oreopithecans preferred to move on four limbs, but did not know how to climb trees, because they did not have any special threats on land.

Changes in the bones and joints of his arms and legs indicate that the hominid most of the time moved on the ground. Most likely, the oreopithecus of the savannah or the jungle preferred swampy reeds.