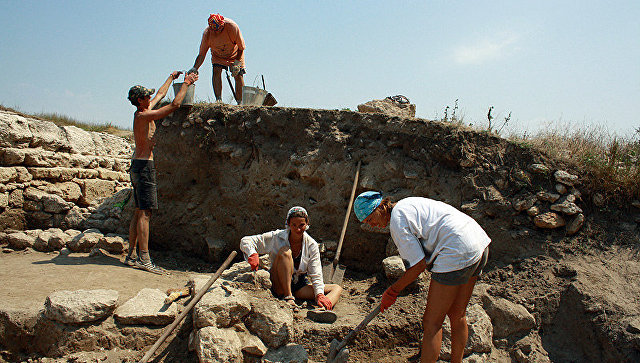 Israeli archaeologists are trying to understand the origin of the pyramid in Hirbet Midrash near Jerusalem, to fully answer this question, the construction will be fully excavated this summer, writes the Times of Israel.

It is believed that the pyramid in Khirbet-Midras refers to the era of the Second Temple (1st century BC), when such structures served as burial chambers – like the Egyptian ones. For research at the moment, only its top is available. Scientists do not know how many meters it goes deep.

The pyramid itself differs in design from the Egyptian “brethren”. Israeli archaeologist Orit Barkat hopes that a team of scientists under her leadership will find in the excavation of any remains that will indicate the exact date of the construction of the monument.

“Most likely it was a Jewish burial,” said Barkat.

For Jews in the Hellenistic and Roman period, as the scientist claims, it was characteristic to build monuments over funerary caves. The monuments were called Nefesh. Their appearance is attributed to the period of the Maccabees (160th years BC).