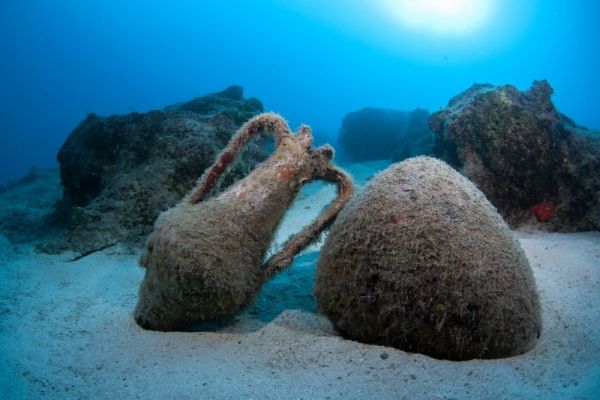 A team led by archaeologist Meir Edri of the Leon Recanati Institute for Marine Research at the University of Haifa in Israel has uncovered the mystery of the mysterious Phoenician figurines that were raised from the seabed back in 1972.

The New York Times tells about the opening. A large number of Phoenician artifacts, mainly clay figurines, were discovered in 1972. An unusual treasure was found on the seabed off the coast of Israel. It was one of the first important finds by marine archaeologists.

Hundreds of figurines and ceramic vessels were raised from the bottom. The remains of a Phoenician ship were also found there. It was found that it sank about 2,500 years ago. In the 1970s, scientists speculated that the artifacts were cargo that was being transported on the wrecked ship. The archaeologists stopped at this version, and the artifacts themselves have since been kept in the museum and have not been studied.

It is only now that Edrie’s team has carried out a detailed analysis of these items. The results prompted a revision of the shipwreck hypothesis. It turned out that the artifacts were made in different eras and lay at the bottom for different times. The laboratory examined thousands of pottery shards and about 300 figurines. They turned out to be completely different in style. It is difficult to imagine that artifacts from different eras would be in one place as a result of a single event – a shipwreck.

Analysis showed that the figurines and vessels literally accumulated in the sea for about 400 years – between the 7th and 3rd centuries BC. This led scientists to conclude that the artifacts could have been offerings to the gods. It was probably part of an ancient cult dedicated to navigation and fertility. Dr. Edrie noted that most of the figurines have attributes related to fertility, childbirth and pregnancy.

According to him, many figurines have symbols associated with Tanit, the goddess of the Phoenician pantheon and the main goddess of Carthage. Others have been found to bear dolphins, also symbolizing the Tanith connection. Some sculptures depicted a pregnant woman carrying a child.

Dr. Edrie theorized that fertility cultists would periodically come to the area specifically to throw their offerings into the water. Probably, the figurines could represent specific people. For example, in some figurines, the right hand lies along the body, and the left is raised to the mouth. This could mean some kind of oath in exchange for divine favor, guaranteeing a safe sea voyage.

This hypothesis is supported by the fact that the Phoenicians were the most powerful maritime commercial culture. Their ships dominated the Mediterranean, and their first city-states arose nearly 5,000 years ago. This culture reached its peak a millennium before Carthage was destroyed by Rome.

By the way, in the 1970s, a chance helped to find an archaeological treasure on the seabed. Phoenician figurines began to appear on the black market of antiquities. Scientists found a seller and persuaded him to tell where the items came from. As a result, hundreds of figurines and amphorae were discovered at a place called Shavei Tzion off the coast of western Galilee.