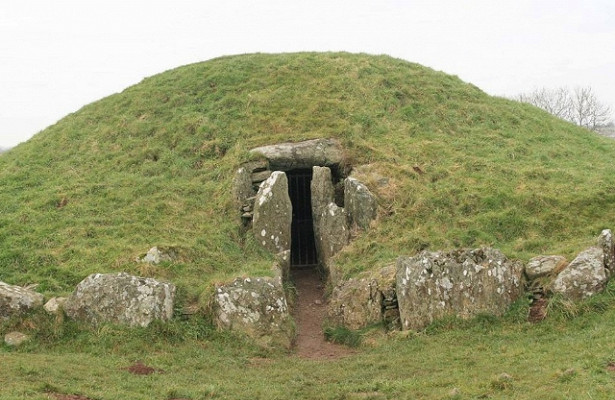 Archaeologists have excavated a mound four thousand years old on the island of Anglesey in Wales (UK). They found artifacts, including fragments of neolithic ceramics and the remains of a stone ax.

The mound is located 50 meters from the prehistoric monument Bryn-Kelly-Dee (“a hill in a dark grove”) five thousand years old, a characteristic feature of which is the entrance, oriented according to the date of the summer solstice. The results of the excavations showed that the mound was built in the Bronze Age, much later than Bryn-Kelly-Dee, but some of the artifacts found are probably even older than the monument itself.

Although it was long believed that Bryn-Kelly-Di and Stonehenge were erected by druids (priestly caste of ancient Celts), recent studies have shown that these structures were built thousands of years before the arrival of the Celts to the British Isles. However, the presence of a mound built in a later historical epoch indicates that Bryn-Kelly-Doo was used as a ceremonial place by various peoples for thousands of years.

According to some historical sources, the Druids played an important role in the history of Anglesey, but scientists did not find any evidence of the presence of Celtic priests on the island.