The mystery of the dead ankylosaurs is revealed 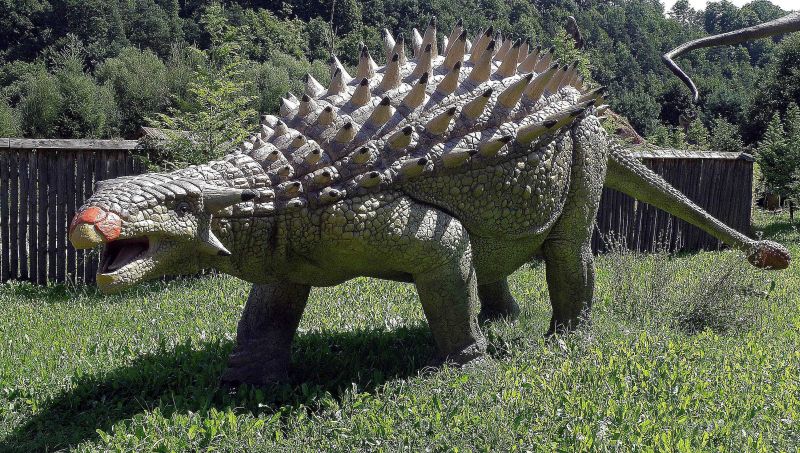 The remains of ankylosaurs are usually found upside down – the search for explanations for this riddle lasts almost a century, and only now it has been finally associated with the buoyancy of their bodies.

The herbivorous, armored, ankylosaurs are famous for their massive “club” at the end of the tail, which apparently served them as a defense tool. But experts also know another intriguing feature: the vast majority of the discovered remains of these dinosaurs were buried upward belly. The point in the long-term discussions around this strangeness can be put a recent study, the report of which is published in the journal Palaeogeography, Palaeoclimatology, Palaeoecology.

These discussions began as far back as the 1930s, and to date, a lot of hypotheses have appeared, the most important of which were recently checked by a group of paleontologists led by Jordan Mallon of the Canadian Museum of Natural History. But to begin with, they were convinced that “the problem of orientation of ankylosaurs” is not a historically formed myth. The scientists examined 36 finds made in Canada and the reports of their authors, confirming that 26 of them really were upside down. This can not be explained by chance.

Then the authors began to test the key theories explaining this phenomenon. The first of them suggests that the ankylosaurs were rather awkward in movements and, falling on their back, could not turn back, and predators threw them on their backs, reaching up to the belly unprotected by the armor plates. No evidence of this was found by scientists, and traces of teeth were found only on one of the samples studied. “If ankylosaurs were so slow, they would not have survived for about 100 million years,” adds Jordan Mallon.

Another hypothesis considers that everything is connected with the shape of the armored body of ankylosaurs and with the location of the center of their gravity. When the animal died and was decomposed by bacteria, its belly should have swelled, which could naturally turn it upside down. In favor of this hypothesis, it is usually indicated that this happens with modern battleships. However, when colleagues Mallonov themselves examined 174 bodies of animals shot down by cars, confirmation of this was not found. The authors followed the decomposition of some dead armadilloes, and none of them “naturally” turned over on their backs.

Another model explains the orientation of the remains in that the bodies of dead animals could be found in the pond, afloat, and easily turned over under their own weight. Subsequently, they found themselves on the bottom or on the shallows and were deposited by sedimentary rocks already in such an inverted position. To test this version, Mallon and his co-authors developed three-dimensional computer buoyancy models for the bodies of two main types of ankylosaurs (ankylosaurids and nodosaurids), taking into account the density of their bones, lung volume, and so on.

By placing models in a virtual river and “inflating” their bellies – both under the influence of gases that continue to secrete intestinal bacteria after death – scientists followed their behavior. In the case of a dinosaur, the hypothesis worked: a small random deviation was enough to keep the body afloat upside down. Ankylosaurids proved to be more stable, but quite strong wave and they passed to a more stable inverted orientation. This is apparently what happened once in nature, leaving paleontologists one of the many, and now solved, riddles of dinosaurs.