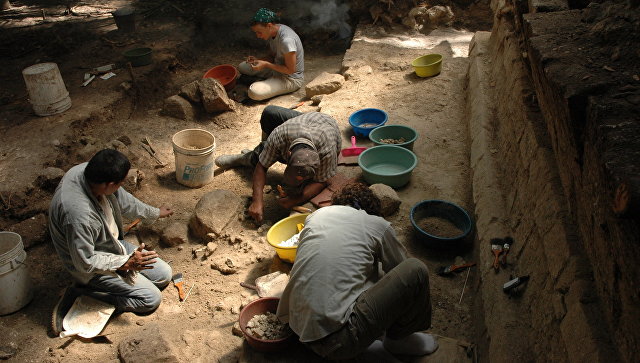 Excavations in the ancient city of Seibal in Guatemala have helped scientists to find new hints that the Maya civilization destroyed not only abrupt climate change, but also military conflicts between city-States.

“We found that both the disappearance of the Mayan civilization in pre-classical and classical periods were similar way. They didn’t just disappear in one moment – the disappearance of went in waves. First, these waves were small and they were associated with war and political instability, and then came a total collapse in which major Maya settlements were abandoned. Then they settled, and then re-disappeared,” says Inomata Takeshi (Takeshi Inomata) from the University of Arizona in Tucson (USA).

Double the end of the world

The Maya civilization existed for several thousand years, leaving many “dead cities” and cultural monuments in the Yucatan Peninsula, disappeared from the face of the Earth about the ninth century BC, when most of the city-States of the Maya were abandoned by their inhabitants. The causes of this civilizational collapse are still the subject of debate among scientists.

One of the possible reasons for the collapse of this civilization as it is today according to some archaeologists, could be drought caused by climate change and overpopulation Mayan cities. Serious confirmation of this theory was found in 2012 during excavations at the site of Tikal, one of the largest cities of the Indians, where scientists have discovered a complex system of reservoirs and canals, indicating the importance of water in life.

Inomata and his colleagues have uncovered another possible reason for the disappearance of the Maya, studying the data collected in seibal, one of the largest and most southern of Maya cities in Central America, which the authors excavated for over 10 years.

How to tell the scientists, the recent excavations at Seibal has shown that the Mayan civilization had survived not one, but two jams, one of which occurred around 600-700 years before the complete disappearance of the culture of these Indians. Opening of two “end of the world” led archaeologists to compare them with each other and try to understand whether they were caused by similar reasons.

To answer this question, scientists have tried to reconstruct historical changes, the population of Sabala before these episodes of extinction of civilization, layer by counting how many buildings were present in the city in different years of its existence. To achieve this, archaeologists had to use the latest technology of radiocarbon Dating, which calculates the dates with accuracy up to several years.

A total of Inomata and his colleagues have conducted 154 such measurements at different points of the year, receiving almost a full picture of how varied its shape in the last few decades to the classic and preclassic collapse. It turned out that the city ceased to be the center of civilization not as it was imagined earlier historians.

As it turned out, Ceibal and other Maya city faded gradually or suddenly, according to supporters of climate theories, and step by step. As shown by radiocarbon analysis, approximately 130 years before the first disappearance of Seibal, the city entered a phase of political instability, which was accompanied by a series of military conflicts, attacks on the city and the sharp reductions in the size of its population.

For a long time these periods of decline, as shown by excavations of the younger layers, alternated with short recovery periods of the city, but in about the year 300 of our era, Seibal was almost completely abandoned, and the city completely disappeared around the year 500 ad.

Similarly, interestingly, the situation developed before the final disappearance of Seibal – at the end of 600 years of our era the city was re-inhabited, and in the year 735, he again experienced a period of decline, linked, as scientists believe, with a lost war with the cities Aguateca and DOS Pilas. In 50 years, when both these cities had been ruined by Tikal, the largest city-state in this era, Seibal again restored, is undergoing “militarization” of buildings, and finally disappears in 930 BC after the wars that began in the year 889.

All these periods of prosperity and decline of the city, as scholars have noted, was primarily concerned with politics. However, this does not exclude the possibility that in the launch of all these political events could play a leading role and droughts, forcing the Maya rulers “expanding living space” in search of water and land suitable for agriculture.