The mystery of the Egyptian desert 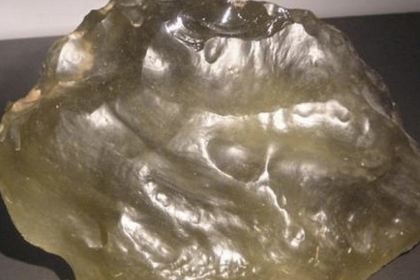 Scientists at Curtin University in Australia have uncovered the origins of mysterious glass formations found in the Libyan desert in Africa. It turned out that the crystal structures were formed as a result of the impact of a meteorite, and not an explosion in the atmosphere, as previously thought. This is reported in a press release on Phys.org.

Researchers studied zircon grains enclosed in a glass of canary yellow color from silica, which, according to calculations, was formed 29 million years ago and scattered over an area of ​​several thousand square kilometers. This material was used to make a scarab in the breastplate of the pectoral found in Tutankhamun’s tomb.

According to experts, zircon grains have retained traces of Reidite mineral, which is formed under high pressure, for example, when a meteorite is struck.

According to an alternative version, which gained popularity in 2013, glass could have been formed as a result of the impact of a shock wave from an explosion of a celestial body entering the Earth’s atmosphere. The results of previous studies have shown that the power of the explosion in this case should have been 100 megatons in TNT equivalent. However, the presence of Reidit refutes this view.