The mystery of the extended skulls 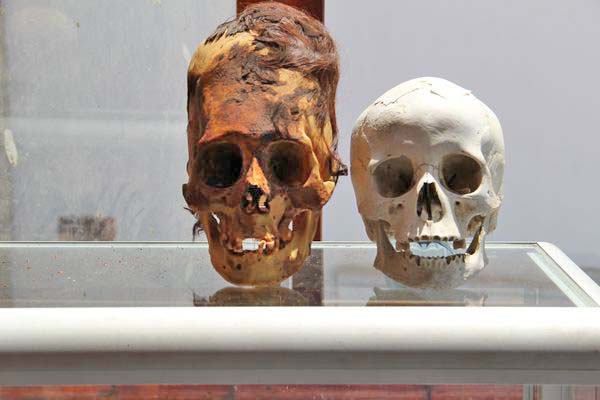 Whom were Crimean makrokefala — descendants of gods, separate race of people or the victims of artificial deformation?

People with the unusual, extended shape of a skull were known since Antiquity. About the makrotsefalakh the Ancient Greek philosopher Aristotle and the historian Strabo mention, saying that these mysterious people live somewhere in the area of the Meotiysky lake — the present Sea of Azov. And the famous doctor Hippocrates gave the earliest description in the 4th century B.C.: “There are no people which have a similar outline of the head. Makrokefala consider the most noble those which have the longest heads”…
Across all Crimea…

Artificially deformed skulls found worldwide. However the Crimean skulls of makrokefal represent so characteristic type that it can’t be confused with samples from other countries — deformation of the samples found here reaches extreme degree and very much differs from samples from Peru or Western Europe. And the geography of finds is extremely extensive: at different times the extended skulls found in Kerch, in the Bakhchsarai district, in Alushta, Gurzuf, the Pike perch, in the neighborhood of Simferopol, in Inkerman and in the territory of Chersonese.

Before on the peninsula there were also the outstanding specialists who devoted for many years to questions of studying of unusual skulls. Among them it is necessary to mark out especially, perhaps, the head of the department of anatomy of the Crimean medical university, professor V. Bobin who collected a unique collection from 30 deformed skulls found in the Crimea.

In our days skulls of makrokefal in the territory of the Crimea can be seen in collections of the Kerch and Bakhchsarai museums.

From where and when people with such shape of the head appeared on the peninsula? And whom they were? Among the most bold speculations of independent researchers — the version that owners of the long heads whose skulls are found in the Crimea by archeologists, were representatives of the special race which was once colonizing this territory. Say, before the Crimean peninsula was the center of dwelling and culture of such people whom contemporaries considered by the special, divine race possessing supercapabilities, and then became some kind of “the reserve dolichocephalic” which remained very little, the part suppressing them died together with Atlantis, and remains of that civilization need to be looked for at the bottom of the Sea of Azov. More reserved versions say that the Crimea really was a certain reserve, but the custom to give the extended form to skulls appeared as a splinter of the culture extended before in many regions of the earth here.

There are also supporters of the alien version — like, deformation of skulls practiced at the highest layers of society of that time and was, according to a hypothesis of the famous Swiss researcher of various secrets and riddles Eric von Deniken, copying of a shape of the head of newcomers, the heavenly gods who visited Earth in prehistoric times that in the opinion of the simple people to look their descendants. 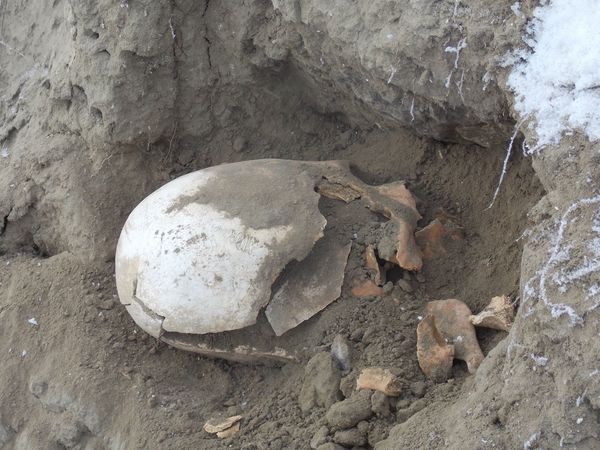 Tortures in a cradle

In the scientific environment the conventional opinion is the opinion on process of distribution of this custom, but not about distribution of some people as if mainly having exclusive tradition. That is so-called race of makrokefal didn’t exist, and there were certain people to whom tribespeople for some reason changed a shape of a skull. There is a set of direct instructions on the fact that since the most ancient times the shape of the head of makrokefal was created artificially, and owners of long skulls belonged to the most exclusive sectors of society. It seems that so was also in the Crimea.

In particular, the antique doctor Hippocrates who left the most ancient written certificate on existence of makrokefal, mentions: “Custom their following: as soon as the child is born and so far his head is still gentle and flexible, they create it and force to grow in length, surrounding with a bandage and using corresponding means. In the beginning it became artificially, but over time mechanical actions were superfluous because the nature began to develop such velmozhny heads by inheritance”. And, considering that Hippocrates called the habitat of makrotsefal the region of today’s Sea of Azov which also the Crimea partially treats, it is possible to put idea of some features of outlook of ancient local population.
To be similar to gods?

Why children were subjected to so painful procedure? Whether only for the sake of a peculiar concept about beauty or for designation of a special status? And from where in general so strange ritual threatening besides death or an unrecoverable mutilation could undertake?

Supporters of paleokontakt see direct dependence here with existence of an alien civilization to which representatives some people of Earth wanted to be similar. And refer as the proof, for example, to the fact that contactors often see aliens with such, extended head.

And those researchers who adhere to so-called terrestrial versions, assure: it were attempts to influence a brain. Say, already in the ancient time people understood that various unclear conditions of consciousness, spirituality, divine providences depend on activities of a brain. And that these activities can be managed. And, so made experiments, trying to influence these or those its sites including by means of change of a shape of a cranium…