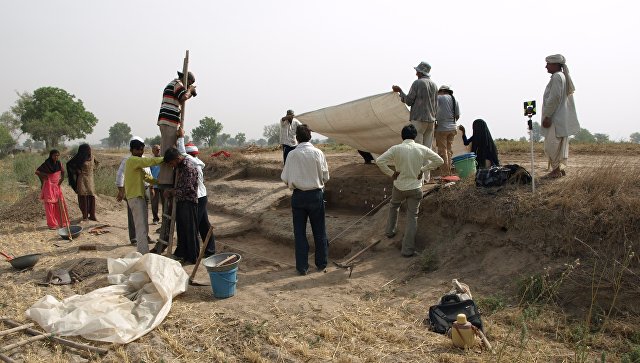 Archaeologists have uncovered the reason why a famous Indian civilization has existed for thousands of years and were able to adapt to long episodes of periodic droughts which struck the valley of the Indus, the article says.

“Survival of the most ancient civilizations depended on one critical factor – access to water. The study of how its members dispose of the water and used it helps to understand how humanity adapts to new situations, and why many people continue subsistence farming, even if it’s not necessary,” said Cameron Petrie (Cameron Petrie) from the University of Cambridge (UK).

The Indus, or Harappan, civilization — one of the three most ancient civilizations, along with ancient Egyptian and Sumerian. It originated about five thousand years ago in the valley of the Indus river, on the border between modern India and Pakistan, and flourished in 2200 years BC. During this period there was a system of inter-city and “international” trade, planning of urban settlements, sanitation facilities, standardized weights and measures, and the influence of Indian civilization spread throughout the subcontinent.

After 1900 BC, it began to decline, which scientists have linked to climate change, which is due to the weakening of the monsoon became colder and drier. On the other hand, recent data on the Earth’s climate over the past ten thousand years show that the climate of the Indian subcontinent was radically changed and in an earlier historical era, what makes scientists argue about why the Indus civilization disappeared before.

Petri and his colleagues decided to find out how the Indus valley civilization was able to survive during droughts. To do this, scientists went digging at the shores of dried up lakes Boiler-Dahar, which was next to one of the largest cities in the Indus civilization – city of Rakhigarhi.

Here Petri and his colleagues recently found traces of an unusual cultivation of crops, pointing out that the inhabitants of Indus valley were simultaneously growing several types of grains and vegetables. This gave scientists the idea that in this way the inhabitants of Rakhigarhi and its suburbs were protected from the effects of drought.

After analyzing the data collected during these excavations, and information on the climate of the Indian subcontinent at that time, scientists noticed one thing in common, characteristic of all cities and communities of the Harappan civilization, all of them were located in climatic zones where the rainy seasons in summer and winter seasons overlap.

Because of this, scientists believe that the farmers of Rakhigarhi could endure periodic droughts, as a failed summer harvest could be made up for by a better harvest of winter crops. This tactic, as shown by the sediments on the lake bottom Boiler-Dahar, worked until about 2200 BC, when the monsoon rains sharply, and for a very long time weakened.

Rainfall has decreased significantly and has not increased for almost three hundred years, which has led to drying up of the lake and, as scientists believe, devastation and depopulation of the cities near its shores.

“We believe that the local people began to grow a set of crops is not due to climate change, and due to the fact that they lived in very diverse climatic zones. This prepared them to climate change in the future and allowed to survive in those conditions, which are usually beyond the survival of other civilizations,” concludes Petry.