The mystery of the “Placebo Effect” 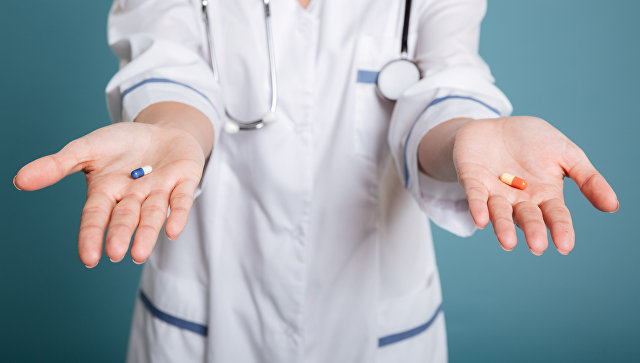 The placebo effect, which greatly distorts the results of drug tests, is usually associated with psychology. When a patient is undergoing experimental treatment, he is positive. High expectations make certain parts of the brain produce hormones, temporary relief comes. But not all scientists agree with this explanation and see here an independent phenomenon, the secret of which has yet to be revealed.

At the beginning of the 19th century, the St. Petersburg Military Hospital decided to find out whether homeopathy was effective. The patients were divided into three groups. The first gave homeopathic treatment, the second – real pills, the third simply ate well, rested, took baths and pills with lactose and cocoa.

Surprisingly, positive dynamics was observed in the third group. As a result, homeopathy in Russia was banned for several years. This was the first experience in the country where placebo was used to study the effectiveness of the treatment – a pill without an active substance.

Placebo (usually sugar) is widely used to control scientific experiments from the 20th century. In the simplest case, the participants of the experiment are divided into two groups: some are actually treated, others take a placebo. A more accurate, objective result is obtained if neither patients nor the researchers know who receives what. This is called a randomized, double-blind clinical trial. Now it is the gold standard for testing new drugs.

The problem, however, is that patients receiving a placebo often recover or feel a marked improvement. Such situations, called the placebo effect, were massively encountered by American physicians in the middle of the last century in the clinical trials of drugs.

In many cases, the placebo effect is explained by the distortions that arise during the statistical processing of the results: regression to the average, the Will Rogers phenomenon, the Simpson paradox.

Errors in the assessment of the state, if they can not be objectively measured. For example, it concerns pain. In such situations, surveys and patient questionnaires are usually used. A person may embellish sensations or simply inaccurately express.

The final result is affected by the conditions of the experiments: the patients participate in them, the experiments take place in laboratories. In such an unnatural setting, people behave differently.

You can not discount the fact that a certain number of participants during the experiment recovers naturally.

Nevertheless, some researchers admit that the placebo effect is real, even if the final result is cleared of all statistical errors, random interference, and subjective factors. Now it becomes the subject of independent research.

How spirit affects the body

In general, such a viewpoint prevails in science that the placebo effect is a certain random factor that must be taken into account when evaluating the final test result.

There are several hypotheses on this score. It is believed that the nature of the placebo effect can be psychological, neurophysiological, genetic, or depend on experience, when conditioned reflexes come into play. The person knows that the pills will help, because they have been treated many times. Receiving a placebo in the form of a round white pill, he automatically reports on improving well-being, even if nothing has changed in his physiology.

A study of brain activity during clinical trials has shown that the placebo effect is manifested there. The article by researchers from the United States, published in Nature Communications, presents the results of observations of 63 patients who came to the clinic to be treated for chronic pain.

One was given a painkiller, the other was given a placebo. Everybody did MRI and functional MRI. The subjects were supposed to record the level of their symptoms in the mobile application and through an oral report. It turned out that several brain regions tend to respond to placebo. Thus, according to the authors, it is possible to predict which patients will show a placebo effect.

Scientists believe that the mental attitude acts on the brain and causes it to produce various neurotransmitters, which, in turn, give signals to the organs of the body and affect the physical state. All this is an assumption, the exact mechanism is unknown.

The most famous placebo effect researcher is Ted Kapchuk from Harvard University Medical School (USA), who received a degree in Chinese medicine in Macau.

He is not satisfied with any of the mainstream explanations. In his opinion, the placebo effect may turn out to be something unique, and completely new approaches will be needed to study it. However, he does not deny the fact that this phenomenon is just “noise”, which so far has not been able to be cut off in the process of experiments.

Kapchuk and colleagues conducted three randomized clinical trials to study the placebo effect. Unlike the standard protocol, he notified the participants that they were taking a “dummy”, explaining to them the essence of the placebo, why they should not wait for miracles.

Patients who treated for irritable bowel syndrome, chronic back pain and fatigue caused by prolonged oncotherapy took part in his experiments. Everywhere there was a noticeable placebo effect.

Kapchuk assumes that a placebo, provided the patient is informed about it, can be used in ordinary medical practice. However, he warns that this phenomenon must first be thoroughly investigated, and its experiments should be repeated by independent scientific groups.

In 2003 and 2010, volunteers from Cochrane Collaboration, an organization dedicated to evidence-based medicine, examined the results of many clinical trials devoted to the treatment of pain, dependence on tobacco smoking, dementia, depression, obesity, nausea, analyzed all the data using meta-analysis and found no significant placebo effect. Both reviews are published in the Cochrane Library.