The mystery of the “Screaming Mummy” is solved. 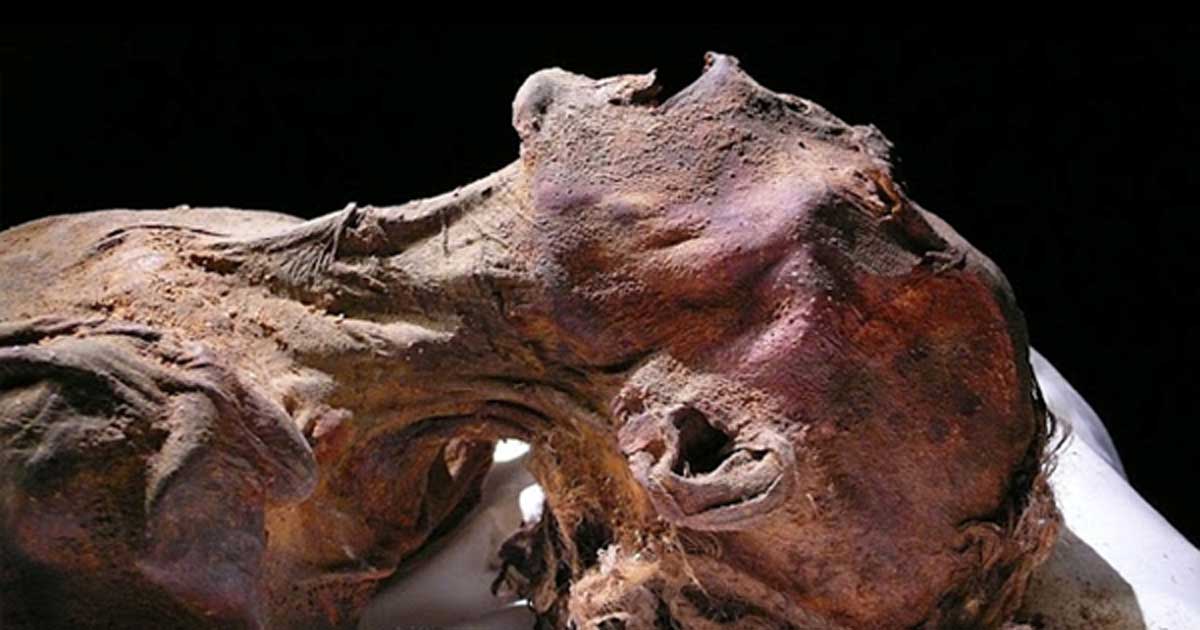 Recently, a mystery was solved, which is almost 3,000 years old. Most Egyptian mummies look serene, but one of the mummies has an expression of horror on his face that has not given the scientists peace all this time.

“The scary mummy of the Unknown Man E, also known as the Screaming Mummy, has long embarrassed the minds of scientists,” says Egyptologist and former Egyptian antiquities minister Zahi Hawass.

Scientists believe that they finally uncovered the reason for this expression in the face of a mummy – most likely the person really screamed at the time of death.

DNA tests confirmed the leading theory that the mummy was Prince Pentever. He was sentenced to death and probably hanged for participating in the murder of his father, Ramses III, who ruled in the 12th century BC.

Distorted face is not the only oddity of the Screaming Mummy.

“This mummy was covered with sheepskin,” Hawass told National Geographic in 2008. “For an ancient Egyptian sheepskin on a mummy meant that this man was not clean, that he did something bad in life.”

The screaming mummy also did not have a special funeral mark, which, according to the custom of that time, deprived him of the afterlife. His hands and feet were tied, and he was not even mummified in the traditional way.

“He was not mummified, he was just allowed to dry in natural soda, and then poured tar into his mouth,” the Egyptian newspaper reports.

Nevertheless, the mummy was found in one burial with other members of the royal family.

“Two forces fought for this man. One tried to get rid of it, and the other – to save, “- says Bob Brier, an archaeologist from the Long Island University who examined the body. “For some reason, someone wanted to make sure that the prince did not have a life after death, but someone else cared about him and wished the opposite.”

Recently, the mummy was exhibited in the Egyptian Museum in Cairo, as part of a special temporary exhibition, at which previously exhibited parts of the collection were presented. During the week 20 000 people visited the Screaming Mummy, as a result of which the museum decided to increase the time of the exhibition.