The mystery of the “Well of the Torah” is revealed 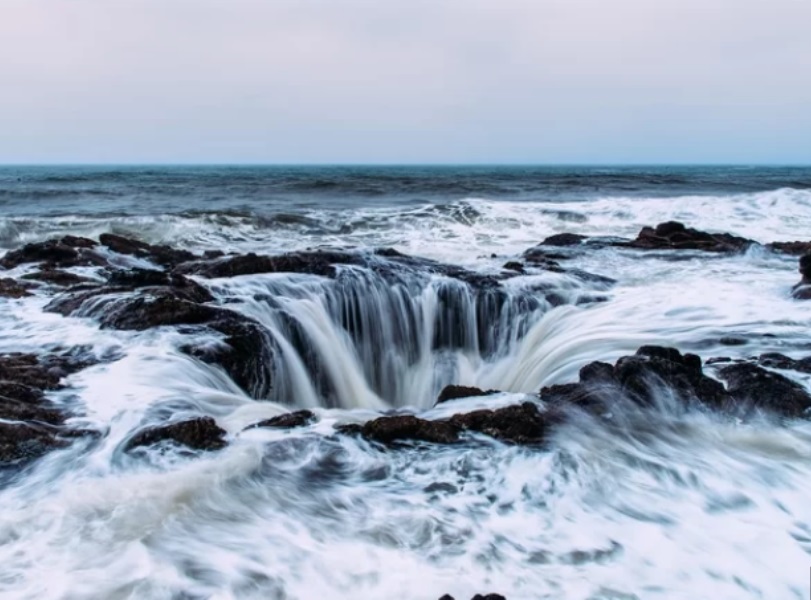 Local residents believe that it is here that the doors to the underworld open, at the bottom of which lives a divine monster. During the tide the water fills the well. Of course, this can not be liked by the underground inhabitant and he with great force throws the water back. It is a pearl of the Oregon coast (USA), a natural funnel, named after the Scandinavian god Thor. Legend of legends, but how many mysterious scientists recently found an explanation.

“Well of the Torah” is periodically filled with water waves of the Pacific Ocean. Its depth is 5-6 m, usually it is either empty or completely covered with water, reports “My Planet” with reference to LiveScience. But before and after the tide, you can see that the water that has got into the well goes away no one knows where. It turned out that the “well of the Torah” is the entrance to a large underwater cave in the basalt slabs of the coast. He also has an outlet hidden under the water. During the tide the water fills the well through the bottom hole – it seems that it is full, even the fountain effect may appear.

Curiously, this is not the only unusual phenomenon on the coast of Oregon. Nearby is the Fountain Horn – a karst cave with a hole at the top. During a powerful flood of water flies out of the hole high up.