The mystery of the “zombie disease” in Africa 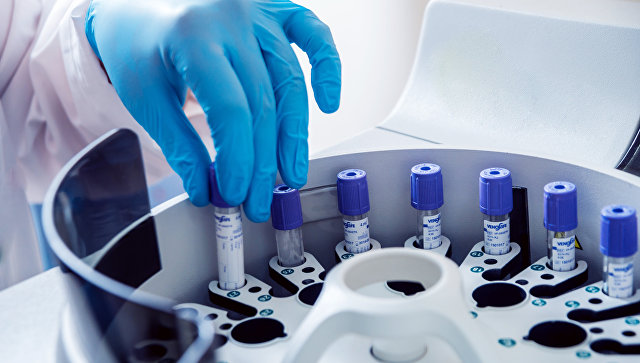 An epidemic of unusual seizures, forcing many children in East Africa to behave like a zombie, was connected with a parasitic worm that produce the neurotoxins in the gut.

“Our discovery indicates also that suppression of the immune system may help not only the carriers of the “sternocleidomastoid syndrome”, but and epileptics, and people suffering from disorders in the brain. Another plus — we have proved that the destruction of the black flies and parasites forever solve the problem of the spread of the disease on Africa,” said Avindra NAT (Avindra Nath), head of the National Institute of nervous diseases and stroke in Bethesda (USA).

In the mid 60-ies of the last century, East Africa began to spread of a mysterious disease striking mostly children. Infected people began to periodically fall into a state of “zombies”, losing connection with the outside world and constantly nodding. For this reason, scientists have named the disease “sternocleidomastoid syndrome”. Its development leads to atrophy of the brain in adults and stunted development for children. According to the latest who estimates, the syndrome affects a few thousand inhabitants of the Sudan and Tanzania.

Quite a long time, scientists did not know the cause of this strange disease — neither virus nor bacteria in the blood samples of the victims was never found. Recently scientists have found that the sternocleidomastoid syndrome can lead to some substances in water or food, as well as a nematode worm Onchocerca volvulus. The problem is that this worm lives in the intestine and penetrates the brain is called into question his ability to manipulate the nervous system.

NAT and his colleagues, collecting and studying blood samples from several dozen people in Uganda suffering from the disease for several years, proved that the worm really knows how to do it. They were all native speakers of eggs and adult Onchocerca volvulus, and their blood contained proteins that are usually absent in healthy people.

After analyzing their composition, American molecular biologists were surprised to find that the body of worms and humans contained the same protein — laomedon-1. This is one of the key signaling molecules in the cells of the brain which controls the growth of certain nerve endings and connections between nerve cells.

It turned out that the structure of this protein in worms and humans are very similar, causing a person’s immune system did not react to the penetration of molecules into the bloodstream, and the immune barrier between the brain and the rest of the body freely passed them inside the nervous system.

Then the following happens: when the immune system begins to fight the parasite, it produces antibodies against its proteins. As laomedon protein and nematodes similar to each other, the immune system begins to attack the cells that produce it — that is not only worm, but also brain cells. There is an acute reaction to molecules lamogine-1 in the fluids of the brain, the immune system tries to suppress with the help of antibodies. As a result of acute inflammatory reaction a large number of nerve cells die, causing something like an epileptic seizure.

This discovery, as scientists believe, will help doctors find a cure “nodding syndrome” and to help African children suffering from this disease, to avoid further delay in development.