The myth of the bad teeth of medieval Europeans is disproved 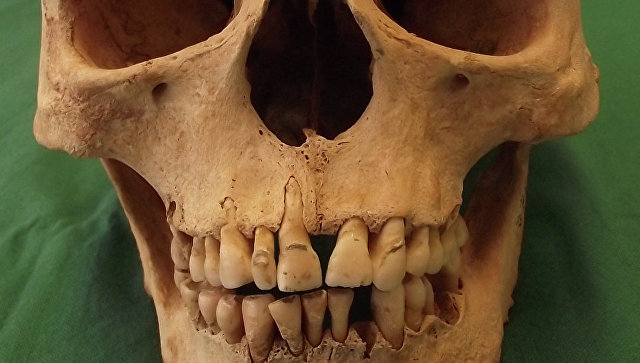 Paleontologists conducted the first test of “oral hygiene” among two dozen Europeans who lived in medieval Denmark, and found hints that about a third of them did not suffer from caries and the associated microflora. Their findings and methods of conducting such studies were presented in the journal Nature Communications.

“Most of the people who lived in Thierby at 11-15 centuries, clearly suffered from periodontitis and bacteria associated with the development of this disease. On the teeth of seven more of them, traces of carious strains of lactobacilli remained. On the other hand, many of them were completely normal,” healthy microflora, write Eske Willerslev (Eske Willerslev) from the University of Copenhagen (Denmark) and his colleagues.

The teeth of ancient people are of particular interest to scholars who study how our genus developed. They often contain DNA, which allows them to discover new types of ancient people or “resurrect” the genome of representatives of the Homo genus already known to us, to know their diet by including food in the tartar, and also to understand where they lived, by fractions of isotopes and elements in their enamel .

These same observations, as many anthropologists and medical historians believe today, will help us find an answer to one of the main secrets of humanity – when our ancestors began to suffer from caries and how hygiene habits and dentistry changed in past historical eras. This question has no definite answer yet. 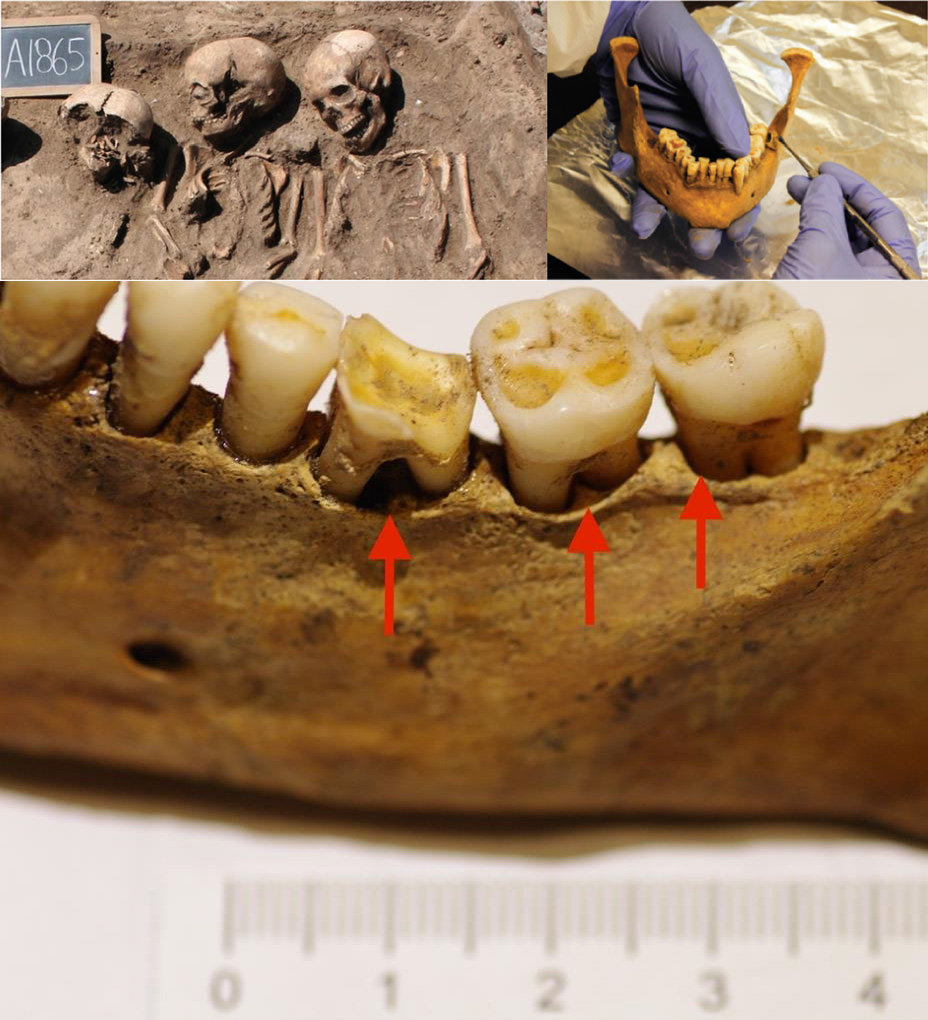 Bones and skulls of the Danes, who lived in 11-15 centuries. Traces of paradontosis are visible on the jaw.

On the one hand, many ordinary people today believe that dental caries and other dental problems are a product of civilization and the “unnatural” diet associated with it, which includes a lot of sugar, starch and other carbohydrates. Recent findings by paleontologists suggest the opposite – not only the ancient Egyptians and other inhabitants of the first states of the Earth suffered from caries, but also Neanderthals who ate almost exclusively meat, as well as bears and other animals.

The problem, as noted by Villerslev, is that today many scientists doubt that the injuries to the teeth and jaws, which are often found in the graves of medieval Europeans and more ancient people, were left by the “modern” causative agents of caries, periodontitis and other diseases oral cavity.

These doubts are due to the fact that geneticists could not find traces of streptococcus and other carious microbes on damaged teeth and bones. Accordingly, they could have been “eaten” by some other form of caries, or damaged already during burial. Like it or not, scientists have been arguing for a long time.

Willerslev and his team came up with an ingenious method for solving this problem, learning how to extract fragments of proteins and DNA of these microbes from tartar, which is present on the surface of the teeth of ancient people. Comparing these fragments with samples of modern microflora in people with healthy and sick teeth, one can understand what diseases a person suffered from even if its traces were not preserved on his remains.

Scientists checked the work of this technique on the teeth of two dozen Danes who lived in the city of Thierby in the north of Jutland, a few kilometers north of modern Aarhus, in the late Middle Ages.

In total, they managed to find over four thousand proteins and other fragments of microbes, which helped them to study their microflora in detail, compare them with each other and understand how they differed from modern people in relation to oral hygiene.

It turned out that they could be divided into two unequal groups in accordance with the state of their microflora. Representatives of the first of them, which included about 60% of the medieval inhabitants of Thierby, differed markedly in this respect from modern Danes and at the same time they suffered from periodontitis and caries.

Representatives of the second group, on the other hand, differed in completely normal, healthy microflora, in which beneficial, rather than pathogenic bacteria dominated. Interestingly, its species composition was less diverse and “contrasting” among the medieval Danes, which may be due to what kind of food they ate.

As scientists hope, further study of tartar will help them to uncover the diet of the medieval Danes and to understand whether it was as monotonous as their microflora indicates.