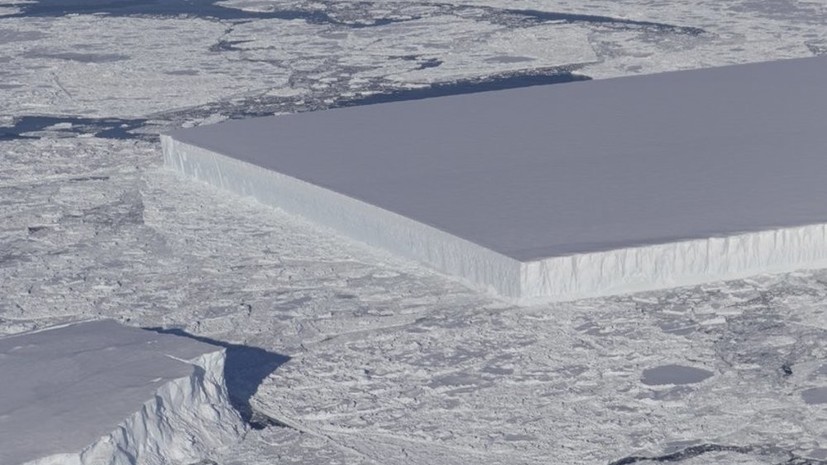 NASA scientists explained the appearance of an iceberg in Antarctica, which has a nearly rectangular shape.

NASA has previously published a photo of a rectangular iceberg that was taken from the air at the Larsen Ice Shelf.

A number of users of social networks noted that the picture could be changed in the photo editor to give the iceberg the perfect shape, and some suggested that it was not without the work of the newcomers.

In turn, NASA’s iceberg specialist Kelly Brant reported that this form is not uncommon.

She noted that the most common are icebergs in the form of a prism. The second type – flat-shaped icebergs, the researcher compared the process of their formation with the growth of the nail, which grows too long and eventually comes off.

It is noted that about 10% of the iceberg is within sight, the rest of it is hidden under water.