The NASA introduced the concept of a futuristic rover 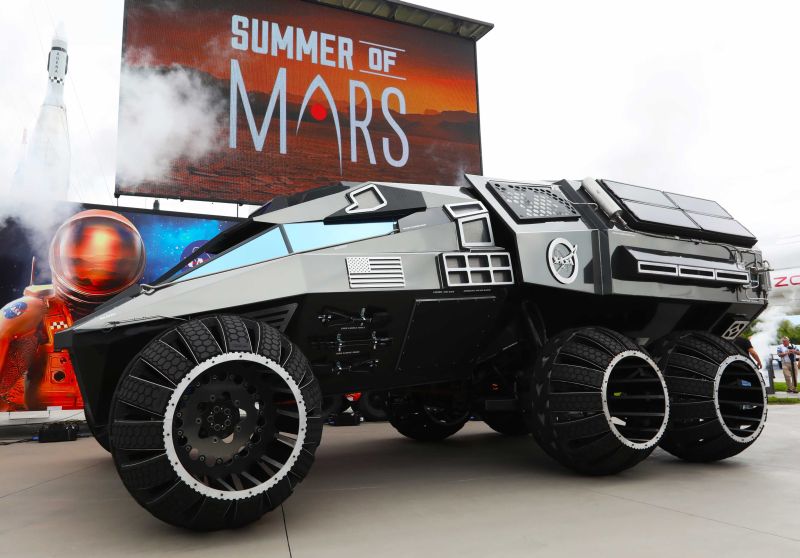 The concept of the new rover was presented at the Summer of Mars event at the Kennedy Space Center. The rover operates on an electric motor powered by a 700-volt battery and several solar panels. The vehicle is functionally divided in half: in the front part there is a control cabin equipped with navigation and radio equipment, in the rear there is a laboratory.

The prototype was created by the company Parker Brothers Concepts, which usually develops vehicles for film and television. The NASA rover is made entirely of aluminum and carbon fiber. Its length is 8.5 meters, and the width is 4 meters. Inside can accommodate four astronauts.

“This project helps to analyze the history of our efforts to explore Mars and look to the future – for what is planned,” said Rebecca Shireman, assistant public relations manager at the Kennedy Space Center.

Despite the fact that the rover is a little cumbersome, it can accelerate to 110 km / h. However, given the atmosphere and landscape of the Red Planet, the rover is unlikely to work at speeds exceeding 24 km / h.

The new development will allow space researchers to travel and work in a high-tech mobile laboratory with life support, navigation and communication systems built from materials specially selected for Martian conditions.