The nature of creations of the New Zealand glowworms is opened 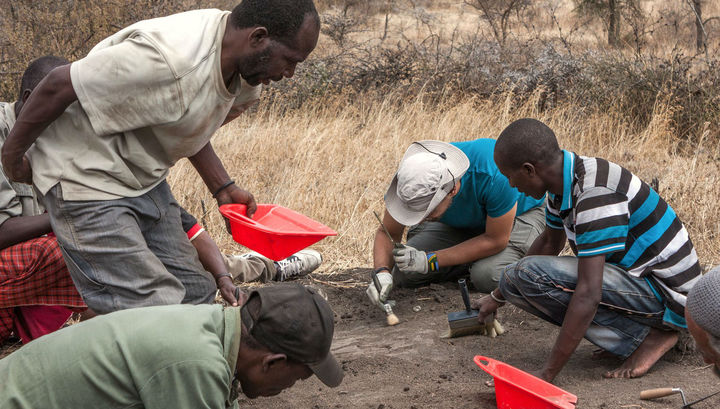 The fauna of Australia and New Zealand doesn’t cease to surprise biologists. The new research conducted by the New Zealand scientists together with colleagues from the Vienna university helped to make the surprising discovery concerning so-called mushroom komarik.

These insects carry out the most part of life (from 6 to 12 months, depending on availability of food) in a larval phase. They are known also as the New Zealand glowworms – the rare species of Arachnocampa luminosa lives only in caves and grottoes of these islands. In particular, the main place of interest of the Northern island of New Zealand and the favourite place for tourists are caves of Waituomo which attract people from around the world with the flickering arches.

Scientists knew that larvae of mushroom komarik spin nests from silk on a ceiling of caves, and then lower threads with droplets of sticky liquid down and highlight them own body, attracting small insects. However the nature of these unusual spider lines wasn’t studied earlier.

As it appeared, she is by no means not so beautiful as appearance: the New Zealand glowworms spin threads from several centimeters long to a half a meter from own excrements and water, and stickiness they are given by means of the concentrated urine (it plays a gluten role). Moreover, vomiting also participates in creation of the shining threads: larvae constantly devour the allocations, and then throw up them back.

The soft blue-green luminescence reminds blinking of stars and allures many insects who seek to rise as it is possible above and as a result stick to sticky threads. When the victim is caught, the glowworm drags it to the nest – for this purpose he a mouth takes a spider line and winds with it the victim as the coil a thread.

When the victim is eaten (together with that thread), the larva processes nutrients, allocates not necessary and again greases thread trap – it here “non-waste production”.

Janek Von Byern and his colleagues entomologists collected about one thousand silk threads and, having refrigerated them in liquid nitrogen, brought to laboratory to learn more about life of glowworms.

It turned out that sticky spider lines keep the properties only in the conditions of the increased humidity (in caves and grottoes the set of streams and the underground rivers just proceeds). In the fresh air hygroscopic (that is absorbing moisture) threads quickly dry, however if to return them on damp Wednesday, substances in them become active again.

The electronic microscopy and x-ray spectroscopy showed that products of metabolism of insects (including urea, hygroscopic salts, proteins and lipids) constitute only 1% of general “filling” of threads, and other 99% is water. When air has sufficient humidity, crystals of urea mix up with water and form glue.

According to researchers, it is the first known case when urea becomes a part of bioadhesive (the natural fastening material). As a rule, as a gluten at the majority of insects squirrels and sugar act.

However, the fact of use of urea as adhesive bases – not an innovation: in production (for example, in case of plywood production) people apply urea to increase in adhesion long ago. However the unique substance found in the current research can become a basis for creation of new types of glue and sticky materials. 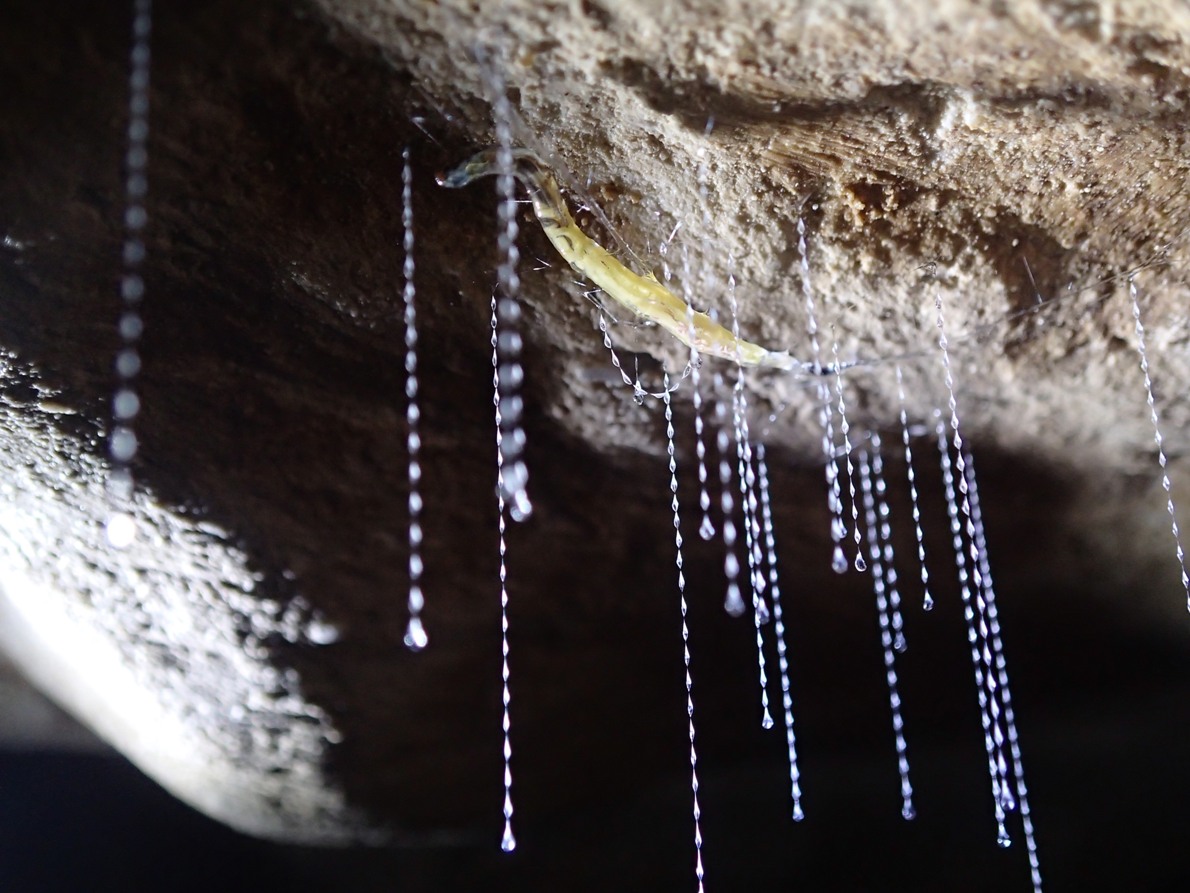 One more interesting fact: unlike spiders who sekretirut a web from glands on a paunch glowworms use for this purpose a mouth. As thread becomes covered with urea which is produced from the counter party of a little body of an insect, so far remains a riddle.

By the way, earlier it was assumed that sticky drops may contain oxalic acid which poisons the victims, however of confirmations to this hypothesis analyses didn’t reveal.