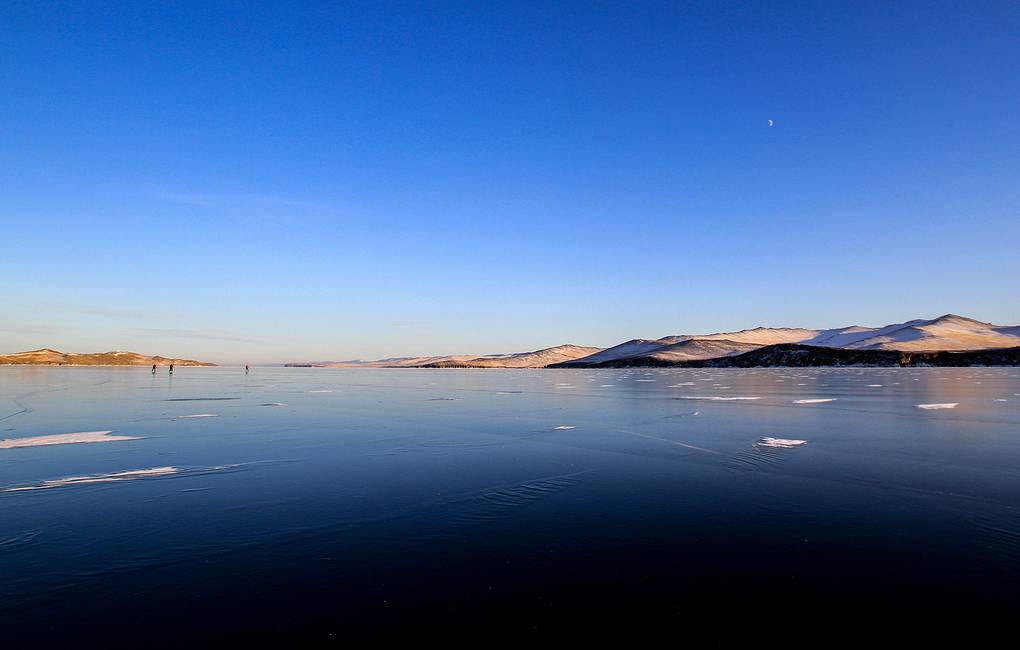 Russian scientists have suggested that the appearance of dark circles on the ice of Lake Baikal is associated with a special kind of vortices, which are formed due to the peculiarities of the ice topography. This was written by the press service of the Ministry of Science and Higher Education.

For the first time, mysterious dark circles on the ice of Lake Baikal, researchers noticed in the spring of 2003 when studying space images. It turned out that the diameter of such structures is from 4 to 10 km, most often they appear in the spring, before the destruction of the ice cover of the lake. The thickness of the ice inside the ring and beyond is practically the same and reaches a meter, and on the ring is only 20-30 cm or less.

Scientists have found that these rings are dangerous for people and cars, especially in the area of ​​the Nizhniy Izgolovye peninsula, where the ice road runs from Ust-Barguzin to Olkhon Island. Moreover, circles are visible only from space.

Measurements of the current velocity and water temperature in the region of the rings showed that under such a structure an anticyclonic eddy is formed up to the bottom of the lake. It delivers warmer deep water to the lower surface of the ice, which is why it melts from below.

Employees of the Institute of Water Problems of the Russian Academy of Sciences (IWP RAS) suggested that these vortices are formed due to the bottom topography. This may be a new type of topographic vortex.

To verify this assumption, the researchers, along with colleagues from the Limnological Institute of the SB RAS, launched two satellite beacons in the area of ​​Cape Nizhny Izolovye. With their help, scientists recorded a columnar structure (vertical vortex) in this area.

Later, researchers using ice radar found another ring that was not visible from space. Measurements of temperature and current velocities in that area confirmed the hypothesis: under the ring, the researchers discovered a powerful anticyclonic vortex. It is he, experts say, that caused the appearance of the ring. This is confirmed by satellite data.