The nature of time was explained on video 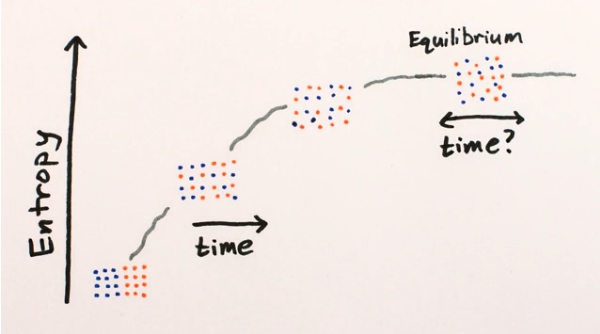 The American physicist Sean Carroll explained why time passes towards the future, but not the past though it isn’t contradicted by the general theory of relativity and quantum mechanics — two fundamental physical theories.

The reason consists in the second law of thermodynamics determining the direction of course of processes in thermal systems. According to it, the current of time is approved with evolution of system from the ordered condition to disorder. Video from MinutePhysics is available on YouTube, briefly reports about it to Popular Mechanics.