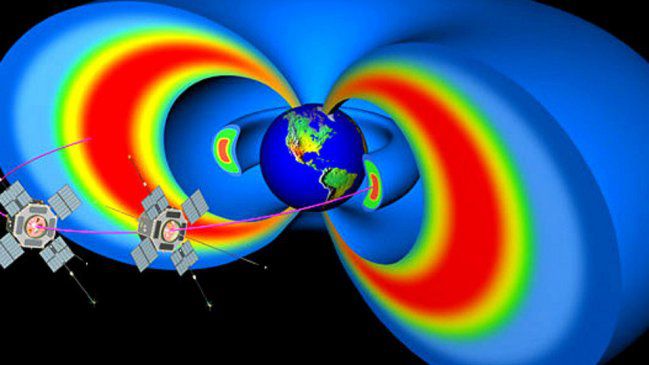 Researchers from University of New Hampshire (University of New Hampshire, UNH), the USA, have performed unique measurements of parameters of the radiation belts Van-Allen surrounding Earth during extremely rare event connected with solar wind. These finds about which never earlier it was reported can help to protect orbital communication satellites and navigation, and also, perhaps, future astronauts, helping to predict more precisely space conditions in the neighborhood of Earth and even in the neighborhood of other planets.

Researchers from UNH used the data obtained with the help of more than 10 spacecrafts including information obtained by means of the tool which is a part of the onboard scientific equipment of twin probes of Van Allen of NASA to perform measurements of parameters of both internal, and external radiation belts of Earth, toroidal areas of space filled with the high-energy particles taken by magnetic field of Earth during the unusual space event. These results give valuable information on unexpected and sharp changes in radiation belts, allowing scientists to investigate effects of emergence of similar conditions in the neighborhood of others the zemlepodobnykh of the planets addressing around other stars.

All Solar system is constantly penetrated by streams of the solar particles called by solar wind. Usually this wind has supersonic speed, however when rounding by solar wind of planets his speed can significantly decrease and in separate, very exceptional cases to reach subsound values. This phenomenon has allowed team of researchers led by Noe Lugaz (Noé Lugaz) to write down unusual behavior of belts of Van Allen. As it has become clear, the external belt of Van Allen during this event behaved not so “quietly”, predictably. Scientists observed two unusual phenomena accompanying this event: quite long recession of number of electrons in radiation belts and powerful oscillations of magnetic field.