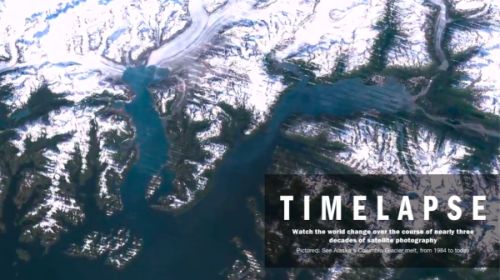 Google provided the new Timelapse service — developers told about it in the blog of the company. In Timelapse it is possible to see how different corners of our planet within 33 years changed.

For creation of the satellite map of Timelapse used more than 5 million pictures. Old photos were provided by the Landsat program, new pictures were made from the Landsat 8 and Sentinel-2 satellites.

Timelapse shows how Earth from 1984 to 2016 changed
Specialists united a photo in 33 global panoramas. After that they created 25 million rollers of various permission which are imposed at each other for ensuring continuous viewing. Some videos can be watched on YouTube:

Emergence of new quarters to Miami, the State of Florida, the USA

Shallowing of the Aral Sea

Al-Hiran’s development, the resort in Kuwait

Construction of the resort of Sharm el-Sheikh in Egypt