The new material changes shape when exposed to light 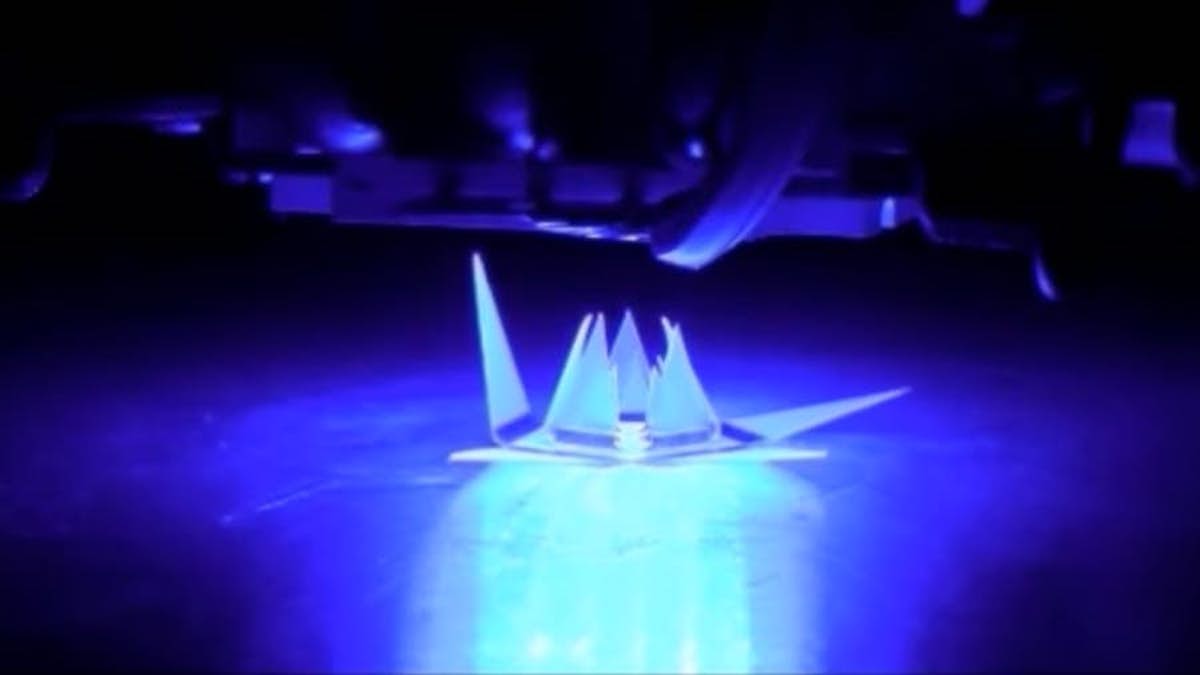 It’s not the first year that there are different materials that change their shape under the influence of different factors. For example, you will not surprise anyone with form-memory materials that can “remember” their configuration. But scientists from the University of North Carolina, as reported by the publication New Atlas, managed to go further and develop a technology that allows using light to force flat material to change its shape with a high enough accuracy.

The invention was based on the development of 2011, during which it was possible to obtain a material that folds under the influence of infrared radiation. The material itself had a rather interesting structure: in its structure there were dark areas, which absorb light more intensively than light ones. Thus, they heat up more and, as a result, deform, “bending” the dark segment in the desired position. The disadvantage of this technology was only one: all sites changed shape simultaneously, so scientists needed to make this process more selective. To achieve this, it was required to “decorate” the form in different colors, the light absorption of which is in different parts of the spectrum of visible radiation. Thus, for example, areas colored in yellow start the process of deformation earlier than those painted in blue.

Such an approach will allow in the future to create various self-assembling structures that can be used in various areas: from the creation of drones, deployed if necessary, to solar panels that will be delivered to orbit in a “packaged” form and already there independently take the required form under Exposure to solar radiation.