The new record of the magnetic field ended with the explosion of the laboratory. 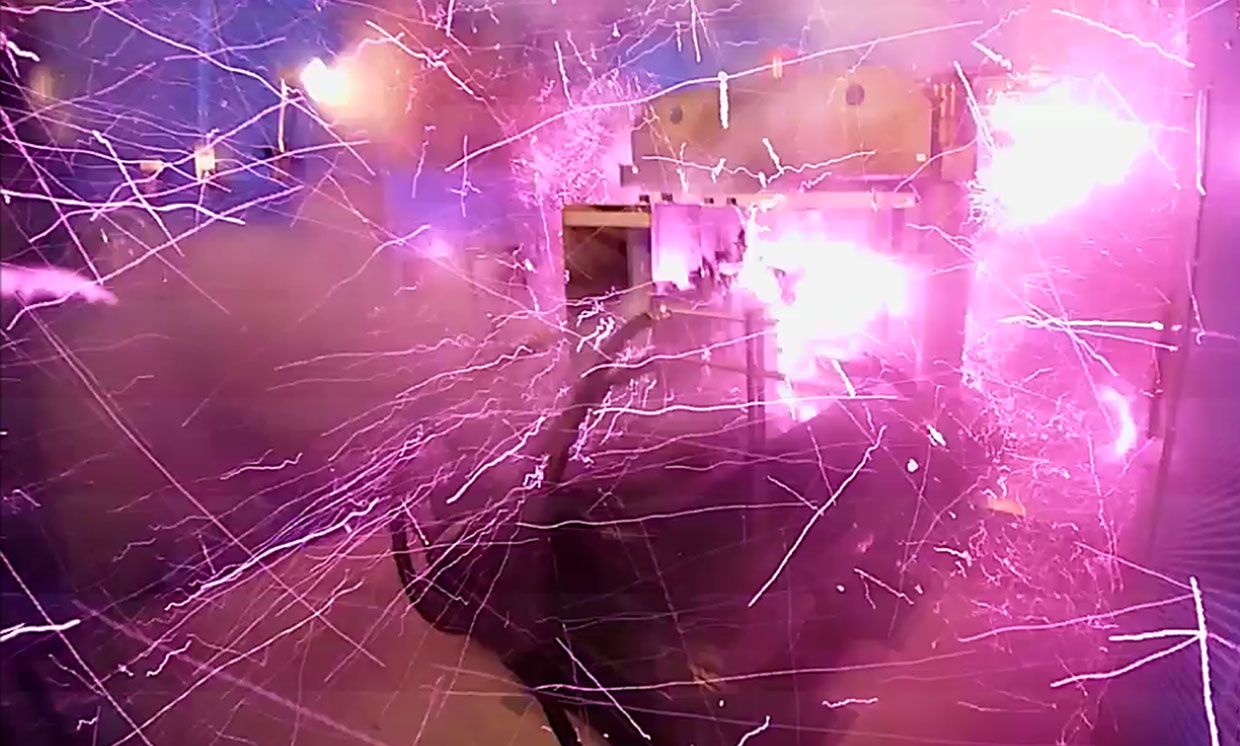 Last week, Japanese scientists reported on reaching a record magnetic field in the laboratory, but only now they said that the record ended with an explosion and showed a video of the disaster.

More recently, Japanese researchers set a record of the magnitude of an artificially created magnetic field, achieving an inductance of 1200 Tesla – hundreds of times stronger than that of MRI devices, and tens of millions of times stronger than the global magnetic field of the Earth. Note, this is a record “for closed premises”: the maximum for artificial magnetic fields in principle was achieved in 2001 by physicists from Russian Sarov, who worked at the test site and reached 2300 T. Record scientists of Tokyo University held in the laboratory – in controlled conditions. However, as it turned out, the authors did not fully control what was happening.

The IEEE Spectrum edition talks about some of the details of the experiment, which resulted in serious damage in the laboratory. In fact, Sarov researchers used the explosions of TNT to compress a powerful magnetic field, to achieve its maximum value and, having fixed the event, to say goodbye to the equipment forever. Unlike them, Japanese scientists used electromagnetic compression, which allowed about 40 milliseconds to keep a record level.

To do this, they used a reinforced conductive coil of steel, which created a relatively weak (3.2 T) magnetic field — something like a tomograph. Inside it was placed a thin copper tube-liner. The coil was connected to capacitors capable of accumulating up to 5 MJ of energy and instantly discharging them, passing a current of 40 million amperes through it. This caused the appearance in it of a magnetic field directed against the original, and the interaction of the fields caused the thin-walled tube to literally collapse at a speed of tens of thousands of kilometers per second and compress its magnetic field.

For greater safety, the experiment was carried out in a room with steel walls designed for energies up to 700 T, and the operation of the capacitors was started at an accumulated 3.4 MJ. However, this also turned out to be in abundance: at the moment of maximum compression, the liner’s magnetic field reached 1200 T. As soon as the compression stopped, the lines of force of the magnetic fields relocked, destroying the copper tube, the steel coil and tearing the steel door from the hinges. “I didn’t expect it at all,” one of the authors of the work Shojiro Takeyama told IEEE Spectrum. “Next time we will make the cage stronger.”