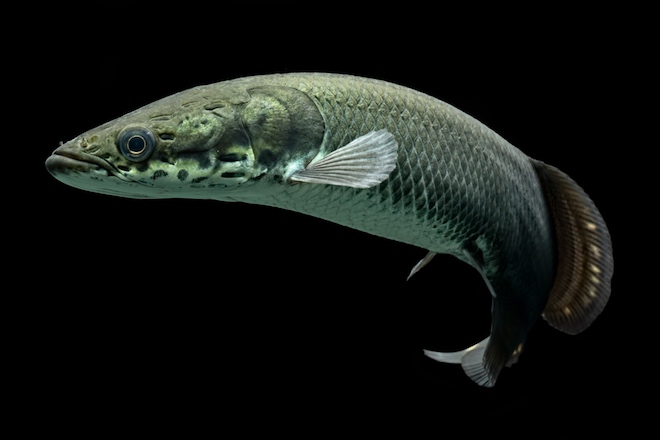 One of the largest, vulnerable and mysterious fresh-water fishes in the world — an arapaima — gave a new surprise. A new look (and, maybe, a little) disappear in backwaters of Amazon in the southwest of Guyana. Long and narrow giants live in tropics of South America. Arapaima grow to 3 meters in length and 200 kilograms weigh. They breathe air through primitive lungs and prefer to live in creeks with the low content of oxygen.

The team studied hundreds of huge fishes in the Essequibo Rivers and Branko which log in Amazon. Scientists found two groups of fishes with obviously various genetic markers in several places in Essequibo. Genetic markers indicate that fishes from two groups aren’t crossed long time and so differ from each other that represent different types. Thus, at least one look was unknown to science.

Arapaima were badly studied as it is difficult to catch them in the remote areas where they live. Scientists at the beginning and the middle of the 19th century considered that several different types live in Amazon, but in 1868 the British scientist declared that all arapaima belong to one look.
This point of view prevailed till 2013 when, based on genetic and physical characteristics, it was proved that there is one more look. That sample found in 2001 in the State of Amazonas in Brazil called an arapaim of a leptosom. And now to a family tree arapay will add at least still a look.

Arapaima are under the threat of extinction because of pollution and destruction of their areas of dwelling and intensive fishing. Their meat is appreciated by natives, some use it for ceremonies. A ban on catching was imposed by arapay in 2012, but illegal poaching continues.