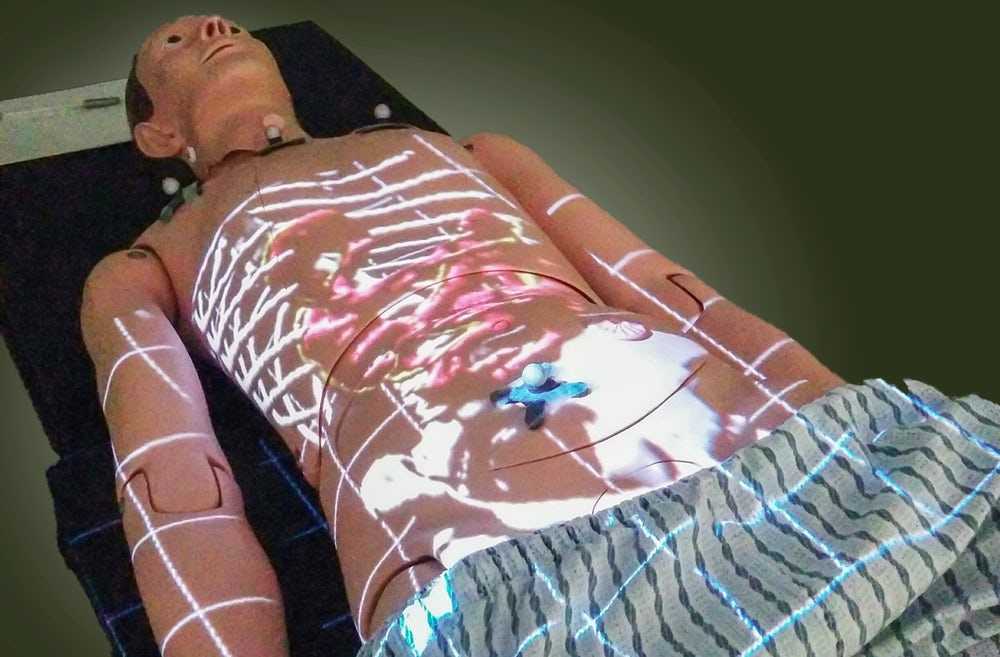 Scientists have developed a system that allows you to look at the patient’s organs through the skin without additional intervention.

Imagine a technology that would allow doctors to look under the patient’s skin and at the same time see his internal organs. It is this technology developed by scientists from the University of Alberta. So far, it is in the experimental phase and is known as ProjectDR.

This technology does not make the patient’s skin virtually transparent and does not provide an image of his internal organs in real time. Instead, the system projects the previously obtained three-dimensional images of CT or MRI to the skin so that they accurately adjust to the orientation of the human body.

The system includes a projector, infrared cameras and markers that are placed in certain places on the patient’s body. Cameras track these markers, prompting the system to orient the body, so that images projected onto the skin can move with the patient.

In addition, the system can project segmented images, highlighting only one organ, such as the lungs or blood vessels.

“There are many uses for this technology, including teaching, physiotherapy, laparoscopic surgery and even surgical planning,” says Ian Watts, a computer science graduate who created this system with the student of the school, Michael Fistom.

The work of the ProjectDR system is demonstrated in the video below.