The new technology will turn any room into a 3D printer 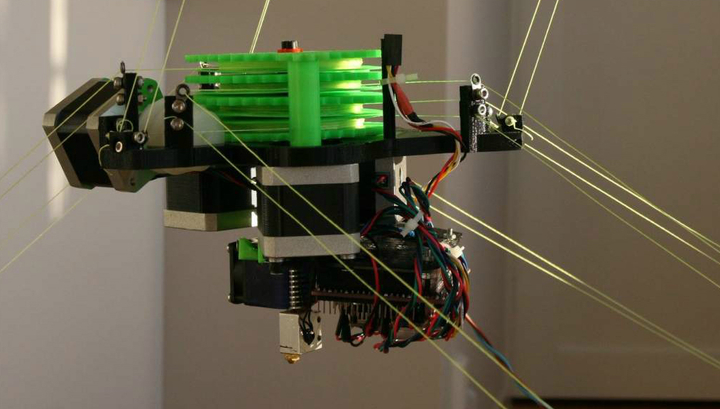 In the world there are fewer and fewer things that could not be recreated using 3D printing. Today, this technology can reproduce almost anything: food and airplanes, jewelry and hair, even human tissues and functioning organs.

You can print on a 3D printer and larger objects – furniture or, say, interior items. And if you have a spare room or an empty garage, this room can be turned into a giant large-format 3D printer just for printing similar objects.

This idea is offered to lovers of modern technologies by the Swedish inventor Torbjørn Ludvigsen (Torbjørn Ludvigsen). For the last three years he has been working on developing a new type of printer that creates large-sized objects surprisingly easily and relatively cheaply. 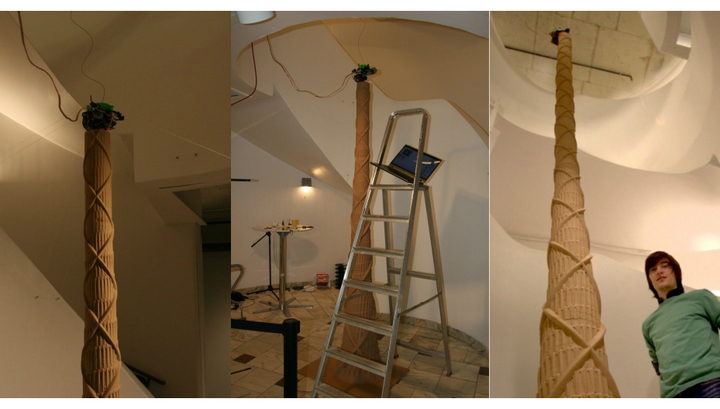 The development is called Hangprinter (“hanging printer”), which reflects the main essence of the idea: such a homemade printer does not have a casing. More precisely, it becomes the room itself, in which the device is located. The drive mechanisms of the printer are attached to the walls and ceiling, and thus a large working area is obtained. This solution reduced the final cost of the device by almost two times.


“As far as I know, Hangprinter is a one-of-a-kind three-dimensional printer.” There are other cable 3D printers, but Hangprinter is unique in that all parts except the power source are installed on a mobile device and that it can use existing structures – in this The case of the wall – as a hull, “- says Ludwigsen.

According to him, Hangprinter can be assembled from publicly available parts and components with a total cost of 250 US dollars (about 15 thousand rubles). How to do it – will tell the operating time and the scheme of the engineer, which he laid out for open access. And the software has open source, that is, anyone can offer improvements, as well as use the code to create new programs and fix errors in them.

By the way, Hangprinter has a function of self-reproduction: the component parts of the device can be made on it.

The printer features the “Tower of Babel” created by him. Now its height is three and a half meters, and this is not the limit, says the author of the work.


In addition, Ludwigsen plans to improve his 3D printer, in particular, to increase the speed of printing, to develop a calibration and feedback system, and also to equip it with special sensors for greater accuracy and use in the open air. To this end, the engineer organized fundraising at the Boundysource site.