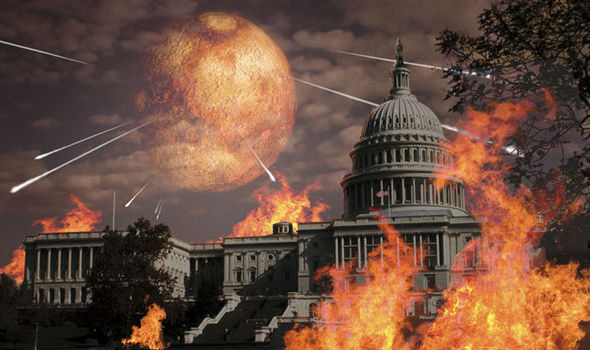 In October, 2017 the planet Ickx (Nibira) will strike Earth, thereby having killed all live. It is declared by the scientist David Meade. The global elite with wisdom falls into to it, Meade claims, and many already build bunkers to endure collision.

Write the British websites about gloomy forecasts of the MFA Daley Meyl, the Subway and the Express.

It should be noted that nearly an every year, without failing, Internet and scientists foretell that the world will end that never happens.

Meade speaks: “The public is held in the dark intentionally to avoid panic. Earthquakes sharply increased both by quantity, and on intensity. Storm systems are multiplied on type, intensity and the size. Failures and cracks appear in crust. Thermal waves become stronger and last longer”. 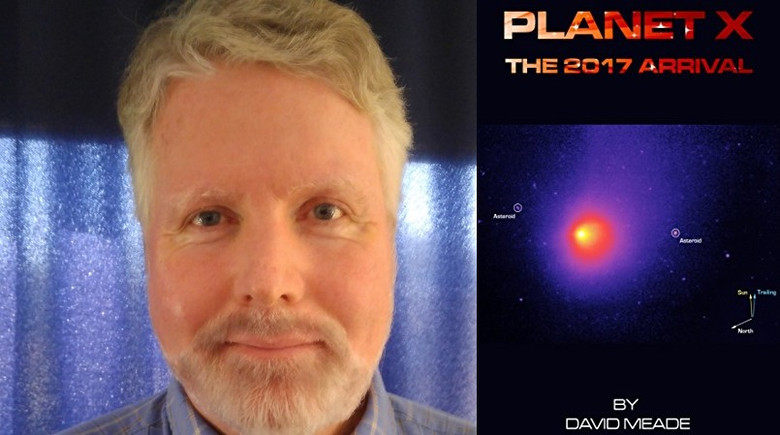 David Meade and cover of his new book “Planet X: The 2017 Arrival” in which gloomy “prophecies” are described

But it not single who does this prediction. The magnate Robert Vichinu builds the bunker, also foretelling what to Nibir comes nearer:
“There are no doubts that it happens. It will be an epic penalty, directly from the Bible. If you survive, then be traumatized a set, be burned with radiation, you will live on streets with rats and other people – it is called hell on the earth”.

NASA carefully discredited the myth about Nibira through the page after 2012, speaking:
“To Nibir and other stories about similar planets – an Internet mystification. There are no actual bases for these predictions. If to Nibir or the Planet of X are actual and went to a meeting with Earth, astronomers would trace it, at least, for the last decade, and it would be visible already with the naked eye”.

According to data with various the Internet of the websites, David Meade published several books on subject “mysterious and unknown”, including “Mysterious islands”, “Hitler’s escape to Argentina” and “Ickx’s planet – the end of the game of God”. He studied astronomy and economy at Luisvill’s university, and then worked several years in judicial researches. He is an expert in various researches, but nothing is told about his academic degree and apparently he is not a scientist at all.

It, as well as many researchers paranormal, the enthusiast of the business, but are quite often peculiar to similar people delusions and even fanaticism. Therefore all these prophecies of various researchers and “scientists” on doomsday, to Nibir and тд. perceive at own risk and you remember how all those who prophesied the Apocalypse according to the Maya calendar quite recently missed.