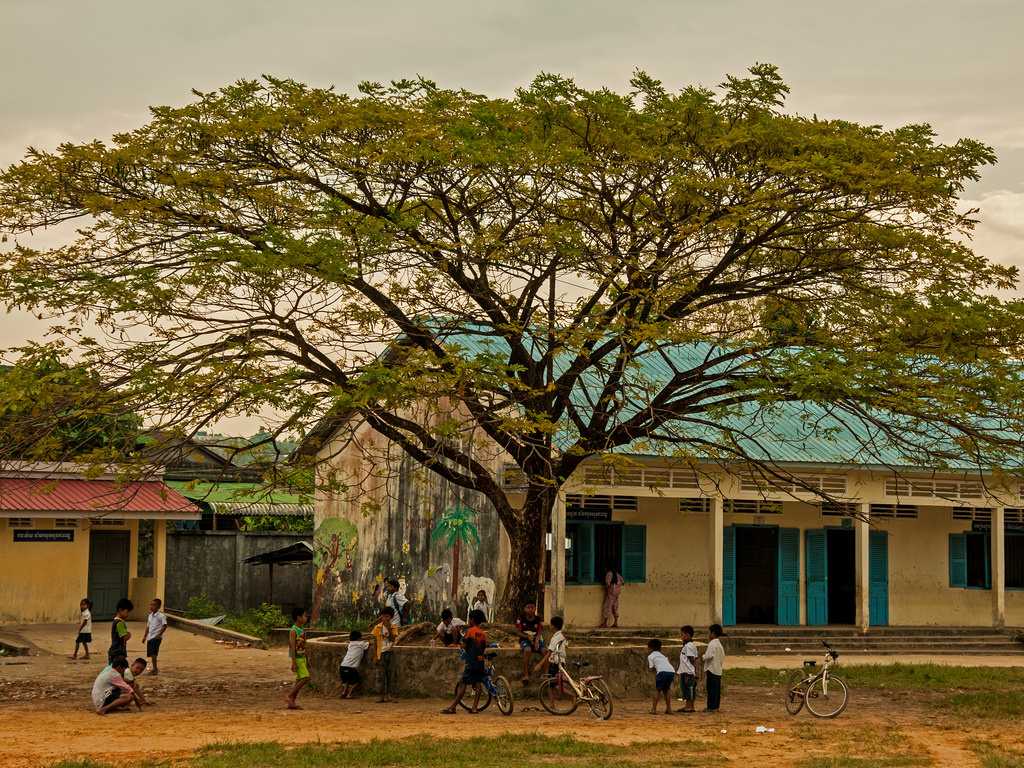 Data on the health of almost 300,000 children showed that the number of trees in the region is directly related to one of the main causes of child mortality.

The authors of the new study analyzed the living conditions of 293,362 children from 35 countries and concluded that the higher the density of trees in the region, the less children suffer from diarrhea. According to the World Health Organization, diarrhea remains the second leading cause of death in children under the age of five. To death lead dehydration, leaching of salts from the body or the development of bacterial infections. Annually from diarrhea, 525,000 children die before the age of five throughout the world.

The authors of the new work considered several factors affecting the health of children: socio-economic factors, climate and ecology of river basins. The study included data on households in different climatic zones of Africa, South America and South-East Asia. It was found that in rural areas around the world, the incidence of diarrhea is directly related to the number of trees in the local river basin. In cities such dependence is absent.

The work is based on data from the Demographic and Health Surveys (DHS) Program. In total, the project includes more than 300 studies conducted since 1984. The authors of the new study took into account the age of children, the level of family income, information about parents’ education, the availability of plumbing homes, the amount of precipitation in the region, average temperatures and the approximate number of trees in the river basin. These data were compared separately for urban and rural households. Then the scientists created theoretical models predicting how the general situation will change together with changing each of the factors separately.

According to scientists, increasing the number of trees in the river basin by 30% will have an effect comparable to improving infrastructure, for example, equipping houses with plumbing. At the same time, the greening of territories will cost the authorities of developing countries cheaper than updating the infrastructure. According to the forecast, the greatest impact on the level of morbidity can be caused by the growth of the well-being of the population and the level of education – however, it can be much more difficult to increase these figures. 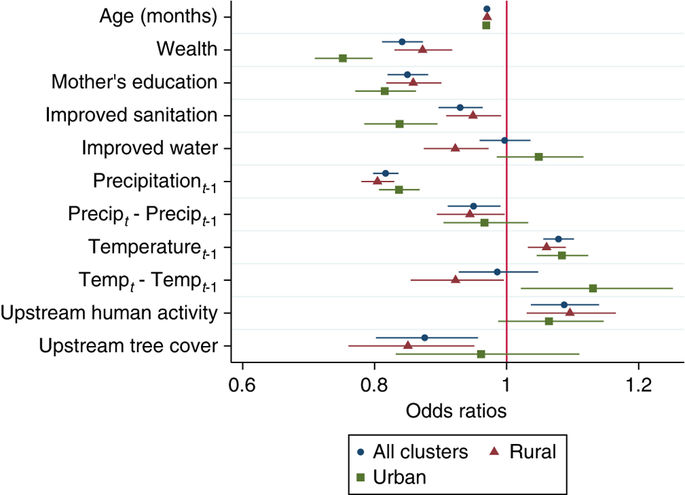 Factors associated with the prevalence of diarrhea in children / © Nature Communications