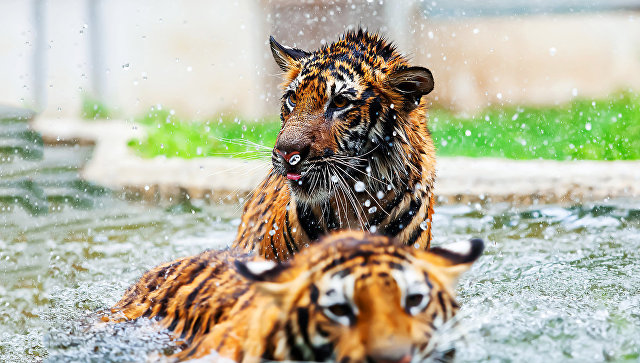 The number of the Amur tiger on all his area in comparison with 2005 increased by 10-15% — to 523-540 animals, the Ministry of Natural Resources and Environmental Protection of the Russian Federation reports.

It is noted that successful actions of Russia and China for accounting of rare species cat’s were discussed at the 11th meeting of the Subcommittee on a cooperation in the field of environmental protection of the Russian-Chinese commission on preparation of regular meetings of heads of governments in Sochi. The Chinese side informed that for strengthening of protection of the Amur tiger in 2015 in China the new reserve “Tianqiaoling” in the province Jilin with a total area of 50,055 thousand hectares is created, and also work on monitoring and a research of the Amur tiger and an Amur leopard is strengthened, the program for their protection is developed, the financial support is increased.

At the same time Russia and China make active a cooperation in the border especially protected natural territories of Russia: Bolshekhekhtsirsky, Bastak, national park “Earth of a leopard” — and China: Bachadao, Sanjiang, “Hunkhe”, “Hunchun”, Wangqing, and also on the reserve “Lake Khanka”.