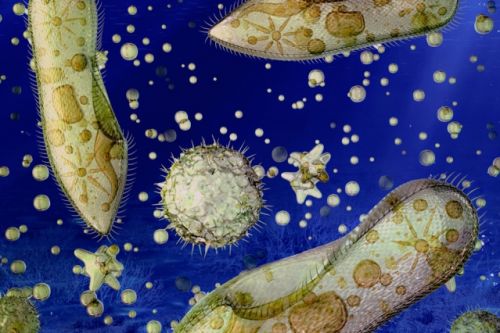 The ocean loses oxygen. Under sheets of water rich with life-giving gas where there live fishes and other inhabitants of the seas and oceans, almost oxygen-free areas lie. With global warming of oxygen oxygen-free areas will grow. What it will lead to, helped to understand one of the most hardy organisms on Earth — the bacteria inhabiting “dead” zones of the seas and oceans.

The group of researchers of MIT found out in case of what concentration of oxygen even the most resistant water organisms on Earth — the bacteria living in oxygen-free depths don’t survive. Extreme values were surprisingly low: to live, bacteria have enough 1 nanomol of oxygen on water liter. It is 10 000 times less, than at least in case of which fishes, and 1000 times less, than the previous set record can breathe. But even when concentration of oxygen falls below these values, not all bacteria perish: some I am able to reconstruct a metabolism so that to replace oxygen with nitrogen which in oxygen-free areas of the ocean there is a lot of.

Idea of how there live these bacteria, will help scientists to predict global changes in ocean depths and how they will affect ecosystems of all Earth. It appears, this tiny monocelled are capable to influence global processes seriously

Passing into the new mode of breath, deep-water bacteria begin to consume actively nitrogen, and in product quality of activity emit dioxide of nitrogen which then rises in manned layers and further in the atmosphere. It can be dangerous to climate as dioxide of nitrogen creates notable greenhouse effect.