The ocular parasite is able to control fish behavior 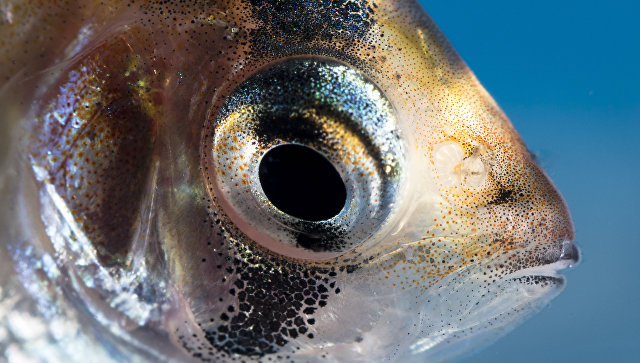 Scientists from the Institute of Ecology and Evolution named after A.N. Severtsov RAS came to the conclusion that the simplest parasite – the eye trematode Diplostomum pseudospathaceum – is able to control the behavior of fish. The parasite, settling in the eyeballs of fish, affects their behavior in such a way that it first protects from premature eating, and then, on the contrary, pushes predatory birds into the beak. The article with the results of the research is published in the journal Behavioral Ecology and Sociobiology.

The peculiarity of trematodes is that for its life cycle it changes “hosts” three times. First, the parasite settles and multiplies in the intestines of the bird, laying eggs there. After entering the pond with the droppings of the bird, the larvae hatched from the eggs begin to search for a new “master” – a snail.

Having penetrated through the skin, the larva of the trematode begins to migrate to the eye lens, in order to already lurk there and grow up to an adult. After about a month the parasite becomes ready for reproduction and it needs to get inside the bird to start the cycle anew. All this time the parasite controls the behavior of the fish so that it is not eaten prematurely, and the birds eat it on time.

Active movement at the surface of the water makes the fish more visible and accessible to attack. When the fish freezes, it becomes almost invisible from the air due to the peculiarities of the refraction of light.

In 2015, a study conducted by Mikhail Gopko from the IPEE RAS noted that the fish infected with immature larvae of the trematode swam much less actively than uninfected individuals, and was therefore less visible to predatory birds.

Next, we studied the behavior of rainbow trout infected with adult flukes, already ready to change the “master” and resume the cycle of reproduction inside the bird. The parasite needs the trout to be in the stomach of the predator, and it forces the fish to stay closer to the surface and swim more actively.

When the researchers simulated a bird attack, creating a similar shadow on the surface of the water, the entire fish flock, over which experiments were conducted, froze, becoming “invisible.” After the end of the “attack”, the infected fish resumed movements much earlier than the rest, turning into an excellent target.

According to scientists, both studies show how trematodes of different ages manipulate the behavior of their host. While parasites are too young to breed, their goal is to protect the fish where they live. Adult parasites, on the contrary, tend to reproduce, but for this they need to get inside the bird, i.e. Push the fish to eat.

Scientists also conducted an experiment comparing the time of resumption of motor activity of fish infected by adults and undeveloped parasites simultaneously, and found that the behavior of fish is regulated by adults, making it more vulnerable to aerial predators.