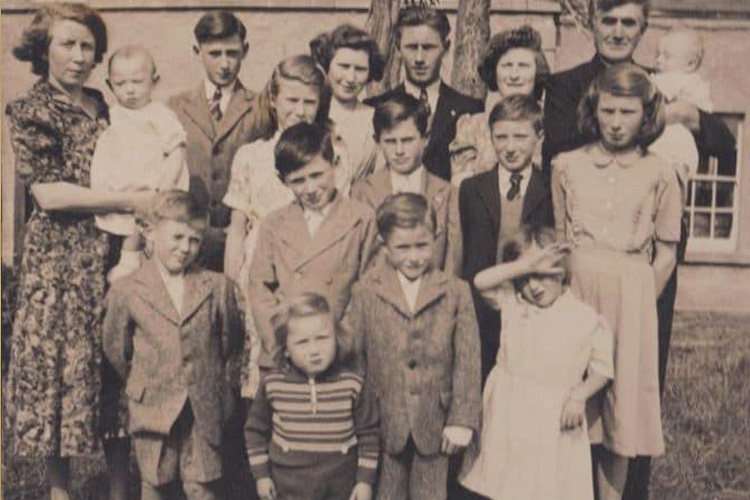 Donnelly, the world’s oldest family lives in Ireland. The family has 13 brothers and sisters, whose total age exceeds 1000 years. Record of the family is included in the Guinness Book of Records in July 2017.

After the record was fixed, the brothers and sisters of Donnelly told what their longevity might be related to. They said that they always worked hard, played Gallic football, ate a lot of apples grown in their own garden, and practically did not drink alcohol. Apples, which are still grown on the Donnelly farm, are considered one of the best in the UK. They are used to make cider and famous apple pies.

The youngest member of the family, Leo, is 70 years old. He disclosed to journalists another family secret. In his opinion, the whole point is that the whole family ate oatmeal twice a day. “We always followed the ritual that our father had set up – eating something warm before going to bed. We ate porridge at 10 pm, and then for breakfast at 7 am. Oat flakes in milk, and on top of a spoonful of apple jam. Porridge before bed and porridge after sleep – so we had it “.

The parents of Donnelly’s brothers and sisters, Peter and Ellen, moved to Ireland in 1921. All in all, the family had 16 children. Now only 13 of them are alive. The oldest, Sean, 92 years old. Maureen, to whom 91, says that “the health of all members of the family is excellent, the same as we had in 50 or 60 years.”

Scientists from the International Longevity Center decided to take a closer look at the Donnelly family’s diet to see if it really is oatmeal. It is possible that the quality of the products turned out to be important – Leo explains that the family never ate semi-finished products, trying to use only what they themselves have grown.

They ate eggs from their own chickens and meat of animals that lived on a family farm. And, of course, Donnelly never bought oats for porridge, but grew on their own land. He believes that now the Donnelly family would be called adherents of organic food.

It is likely that regular use of oatmeal can indeed contribute to longevity. In one study, it was shown that those who regularly consumed whole grains, 15% less likely to die from heart problems.

Oats contain vitamin B12, which is important for the regulation of melatonin production, sleep control and body biological clock. Beta-glucan reduces the level of “bad” cholesterol and reduces the likelihood of developing cardiovascular diseases. It is known that oat flakes also contain antioxidants that interfere with the development of atherosclerosis. In general, oatmeal porridge is a real superfood.