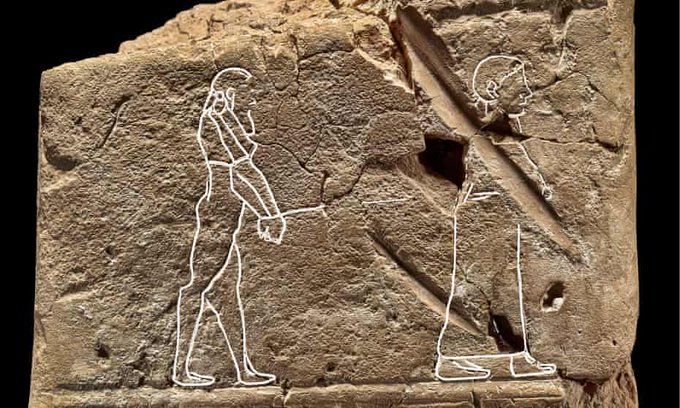 In the vaults of the British Museum, the earliest discovered drawing of a ghost was found. According to The Guardian, the image eluded scientists for a long time. The silhouette of the ghost was painted on a Babylonian clay tablet, created about 3,500 years ago.

The ghost personifies the “unfortunate male soul.” In the image, a man’s hands are tied with a rope, a woman shades for it. According to scientists, this is a lonely spirit, which is led to the afterlife and eternal bliss.

Half of the plaque is missing. On the other side of it there are detailed instructions on what to do if a ghost is chasing a person.

The text tells of a ceremony that sends souls to the underworld.

Scientists believe that the tablet depicts a plot when the ghost returned in order to find a companion for himself.

Earlier it was reported that the US authorities intend to return to Iraq a unique cuneiform tablet, illegally exported from the country. Gilgamesh’s dream tablet is one of the world’s oldest works of art, scientists say.