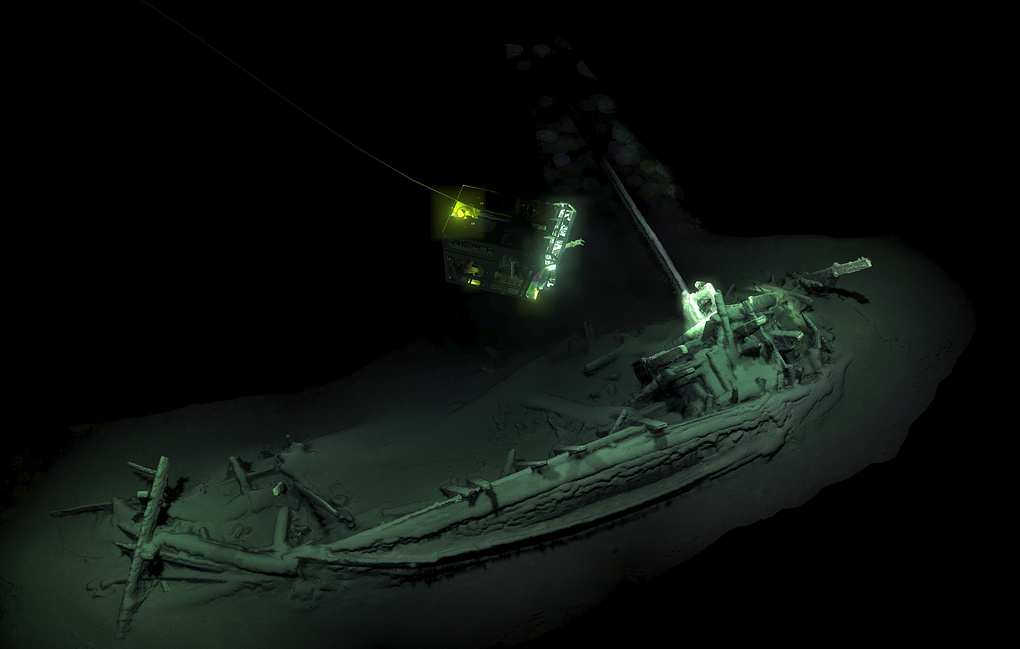 The oldest intact ship on the planet, which had lain at the bottom of the Black Sea for more than 2,400 years, was discovered by British scientists. The 23-meter ancient Greek merchant ship, as reported on Tuesday by The Times, was found at great depth using a remotely controlled underwater vehicle 50 miles from the coast of Bulgaria.

“No one could have imagined how accurate the drawing on the vase was. After all, it was not known whether the artist painted from the original at all,” said John Adams, a leading researcher in archeology at the University of Southampton. Now, according to him, it is obvious that the author of the drawing was well aware of the subject, having accurately depicted the details down to the shape of the steering wheel.

The fact that there is almost no oxygen at depths below 200 meters in the Black Sea contributed to the excellent preservation of the vessel, the scientist noted. In other seas in a similar form the rarity would not be preserved. “Only a very small amount of wreckage of the ships of that era reached us [before the present discovery],” stated Adams.

Over the past three years, scientists have discovered a total of 67 sunken ships in the Black Sea. Among them is a merchant ship of Romans with amphoras, which dates back to 200 BC, as well as a ship from the times of the Byzantine Empire, built around the year 800. Among the finds there is a medieval Italian ship and several ships of the Ottoman Empire, dating from the XVI – XVIII centuries.