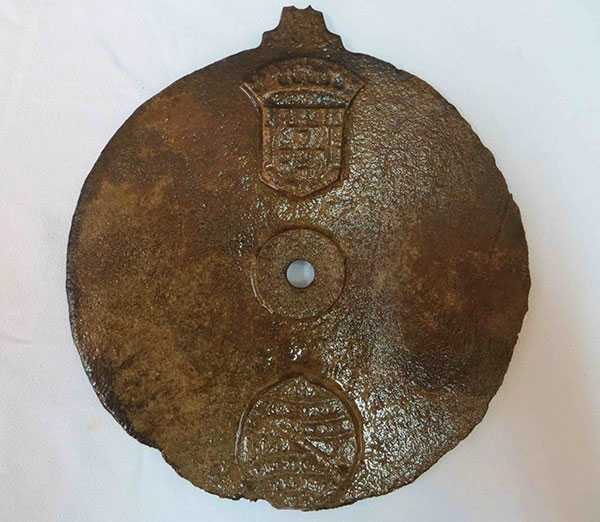 A metal disc found on a sunken ship turned out to be a navigation device. According to scientists, this is one of the oldest instruments of this type.

The navigation device was found on board the sunken ship Esmeralda, which was found off the coast of Oman. A metal disk with a diameter of 17.5 centimeters was first described in 2014, but only now scientists have managed to confirm that the disk really served as an astrolabe. Laser scanning showed that its surface is covered with grooves diverging from the center with an interval of five degrees. The find was reported on the site of the University of Warwick.

The item is dated 1495-1500 years. According to experts, this is one of the earliest marine astrolabes known today. These instruments were in use until the 17th century, later they were replaced by more precise instruments. With the help of marine astrolabes, the latitude on which the ship was at the moment was determined. Unlike classical astrolabes, sea ones could be used in strong winds.

The disk model / © University of Warwick

Initially, only two large symbols could be discerned on the surface of the disk: the coat of arms and the stylized armillary sphere, the heraldic symbol of King Manuel I, who came to power in 1495. Researchers from the University of Warwick conducted a laser scan of the disk and received a 3D model, on which became visible grooves, diverging from the hole in the center. These depressions allowed to determine how high the sun is above the horizon at a certain hour. Also about the purpose of the object says a fragment of the staple above the coat of arms – on later instruments there are rings for which they were suspended.

The head of the search for the ship David Mearns (David Mearns) believes that the find “pushed back” the history of the marine astrolabe for several decades into the past. The researcher hopes that in the future it will be possible to find other instruments of this period.

“Esmeralda” set out in 1502, it was the second voyage of Vasco da Gama to India. The ship sank during a violent storm in May 1503.