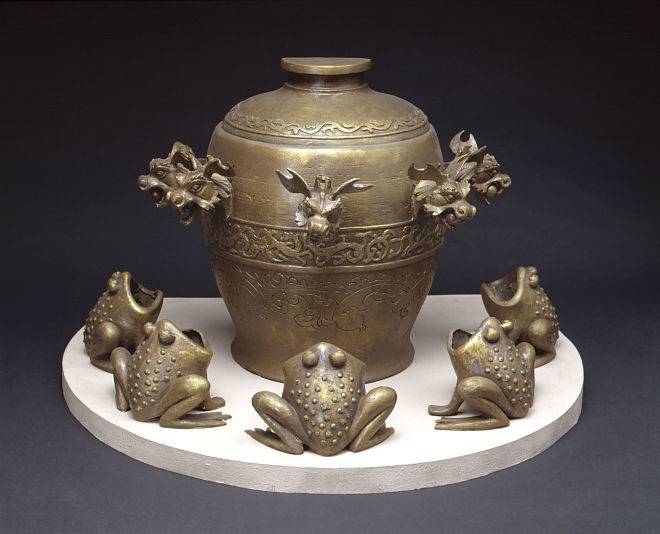 Modern seismographs are extremely sensitive instruments. And although on our side of technology, the principle of operation of modern devices is not very different from the ancient device, which was created almost 2 thousand years ago, before people understood what an earthquake is.

Jan Hyun lived in China during the Han Empire, and history remembers him as a scholar who has succeeded in many areas. He worked on calculating the number of Pi, mapped the sky, was a civil servant and inventor. He improved the accuracy of a clepsydra — a water clock that measured time with a flowing fluid — and created the first armillary sphere, an astronomical instrument. But most of all, Jan Hyun is famous for inventing the world’s first seismoscope.

He presented the device to the imperial court in the capital Luoyang in 132 BC, 7 years before his death. Although there are no surviving illustrations of his seismoscope, historical descriptions say that it was a large bronze instrument, similar in shape to an urn or vase. On the vase were 8 dragons, each with a bronze ball, clamped in the jaws. Right under these mythical creatures were 8 bronze toads, whose mouths were open to catch the ball.

Ancient texts are more vague when it comes to the internal content of a seismoscope. In general, it is believed that a pendulum hung inside the hollow body of a seismoscope, and lever mechanisms connected to each of the dragons surrounded it. The shock wave from the earthquake should have caused the pendulum to swing, activating one of the mechanisms inside. The corresponding dragon would have dropped its ball to the toad, informing the courtyard not only that an earthquake occurred, but also where the quake came from.

The invention of Jan Hen was initially met with skepticism, but as the story goes, a few years later, the ball finally fell. A few days later, a messenger arrived to report a serious earthquake that happened thousands of kilometers from Luoyang, just in the direction the dragon was looking.

Jan called his seismoscope Houfeng Didun Yi, which means “a tool for measuring seasonal winds and the movement of the Earth.” He believed that tremors are caused by winds and changes in air pressure.

Attempts to re-invent the device in the XIX and XX centuries were unsuccessful. It remained unclear how the pendulum in the ancient instrument was sensitive enough to detect earthquakes hundreds of kilometers away. Moreover, how could the vibrations of the earth’s crust set in motion only one mechanism and not touch the others?

In 2005, a group of seismologists and archaeologists from the Chinese Academy of Sciences announced that they had managed to create a working copy of the invention of Jan. In their device, the pendulum itself did not interact with the lever mechanisms. Instead, he hung over the ball on a thin pedestal. When the pendulum swung, it pushed the central ball down one of the 8 channels. The ball touched the trigger system, which “revived” the mouth of the dragon.

Although Jan’s device is almost two thousand years old, its principle of operation is still used today. A popular form of modern seismograph uses the same properties of inertia – a static base and a hanging pendulum, moving independently of each other when the earth shakes. Only today the pendulum is a magnet, and the induced current is an analog of a falling ball. Digital conversion of signals allows seismographs to document earthquake intensity and their duration.