The oldest skull of a European is found in Portugal 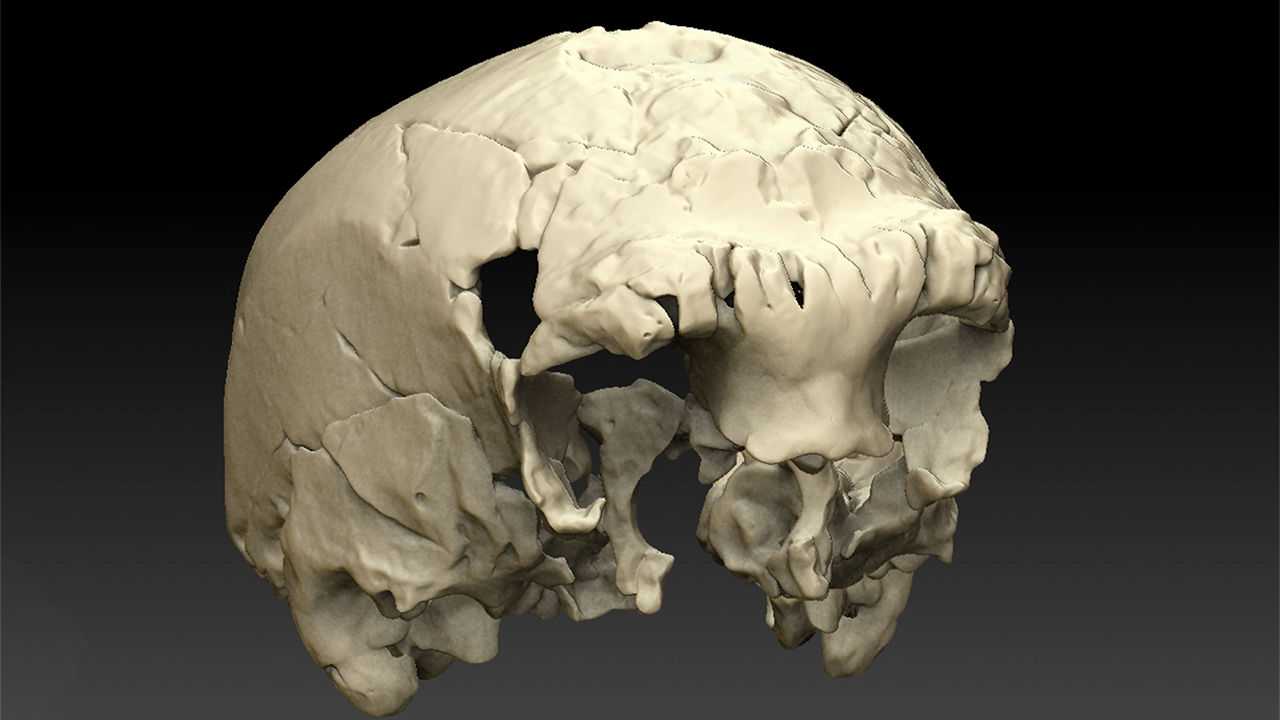 An international group of archaeologists found fragments of a human skull in Portugal about 400 thousand years old. The results of the work are presented in the journal Proceedings of the National Academy of Sciences (PNAS).

Many key findings that can clarify the evolution of man in Europe, date back to the Middle Pleistocene (781 000-126 000 years ago). This era includes, among other things, the appearance of the first fossil ancestors of hominids, late Neanderthals (Homo neanderthalensis), and traces of Acheulian culture. Nevertheless, the number of well-preserved specimens at known European sites is insignificant, and in most cases it is possible to accurately date them.

In Europe, the most ancient human skulls (500,000-400,000 years ago) were discovered during excavations in the Sierra de Atapuerca (Spain), Svancombe (Great Britain) and the cave of Arago (France). In this case, the remains of the first two places probably belonged to the Neanderthals, whereas in Arago the researchers found their alleged ancestors – Homo erectus or, in particular, the Heidelberg man (Homo heidelbergensis). In the new work, scientists from the University of Lisbon and other institutions described a skull pattern, which also refers to the Acheulian culture. 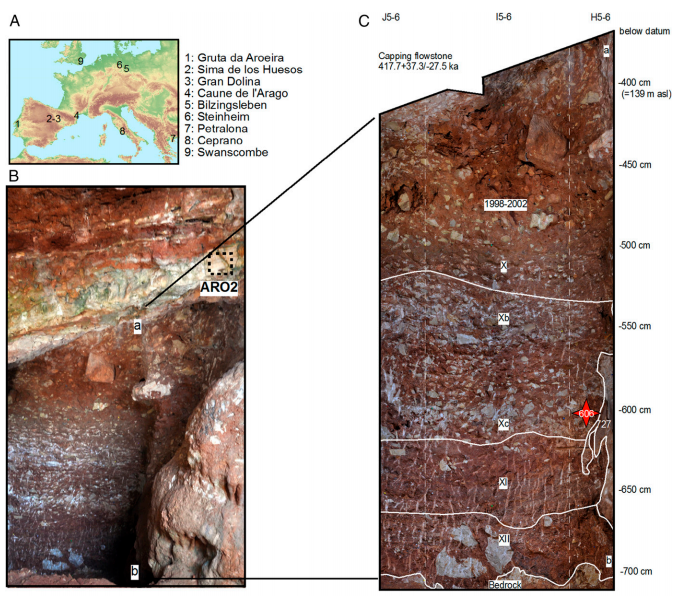 The find was made in 2014 in one of the caves of the karst system of Almond Groote de Aroira. The skull with the preserved right vault (without the occipital bone), fragments of the right upper jaw, nasal bottom and two molars was extracted from the breccia block 2,2 meters thick at a depth of six meters. Preparation of the fossil was carried out in the restoration laboratory of Madrid for two years.

According to radiocarbon analysis, the minimum age of the cultural layer (X-Xb / c) in which the sample was found was 417.7 + 37.3 / -27.5 thousand years, the calcite crust 390 ± 14 and 408 ± 18 thousand years , The authors estimated the age of the skull in 390 000-436 000 years. Virtual reconstruction showed that the volume of the skull was more than 1100 cubic centimeters, which, in combination with the features of the structure, allows it to be attributed to a species that historically occupies an intermediate position between Homo erectus and late Neanderthals.

According to scientists, the new sample complements the anatomical diversity of known fossil hominids and in the future will help clarify the evolution of Neanderthals. The skull also became the most western fossil ever found in Europe.

In recent years, researchers continue to find record ancient traces of human ancestors. Earlier, archaeologists discovered in one of the caves of Altai Krai the oldest known stone bracelet, and in Kenya – tools of blacksmiths who lived more than three million years ago.