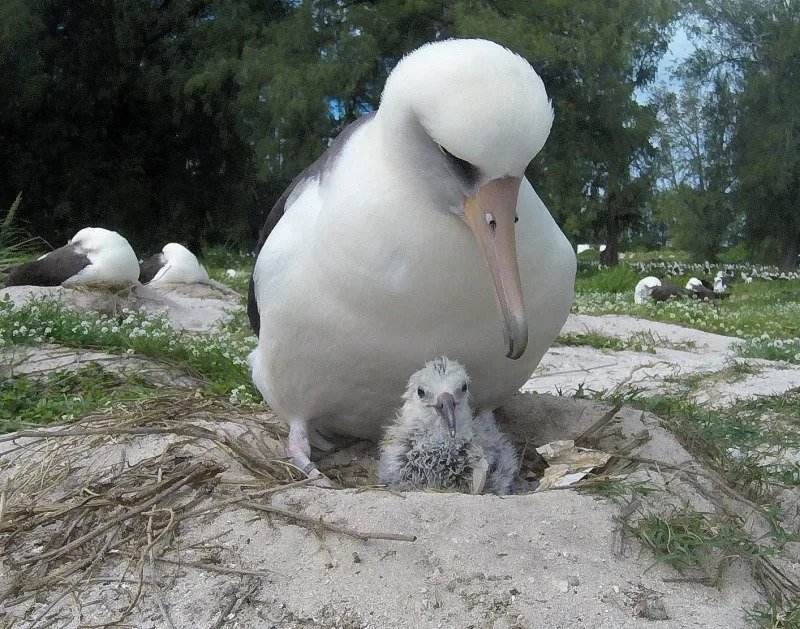 In the oldest known wild bird, which is not less than 68 years old, another chick hatched.

The female of the dark-spined albatross named Wisdom (Wisdom, translated from English – “wisdom”) is considered the world’s oldest wild bird. She, already an adult (that is, she was at least six years old), was noticed by biologist Chandler Robbins in 1956. Then they ringed her, and then, in 2002, Robbins saw Wizard again, managing to recognize her by the number on the ring.

As it was reported, at the end of November 2018, Wizard arrived at the nesting site and laid another egg. (Dark-nosed albatrosses breed on the Midway Atoll, which is located in the northwest of the Hawaiian Islands.) m) hatched chick. It is assumed that this is the 37th chick of Wisdom.