The oldest woman on the planet lives near Astrakhan 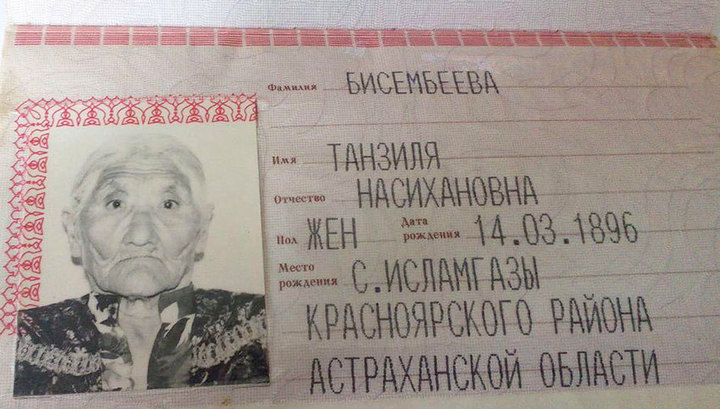 The oldest inhabitant of the planet recognized Tanzilya Bisembaeva — resident of the village of Islamgazin that in the Astrakhan region. In March 2016, she turned 120 years old. And this record was officially recorded.

Tanzilya grandmother lives in the village of Islamgazin life. She was born in the nineteenth century — in 1896, in the tsarist Russia. She survived the revolution, the Great Patriotic war, regime change, the chiefs, the collapse of the Soviet Union, defaults and crises.

“During my life my mom has seen a lot, after all, lived from Rasputin to Putin. She worked a lifetime in the field, on the plantation,” says the son of the UAE Sintas Bisembaev.

It was difficult and her personal life – the first child died in infancy, and the first husband was killed in the great Patriotic war.