The optimal length of sleep lies in the genes 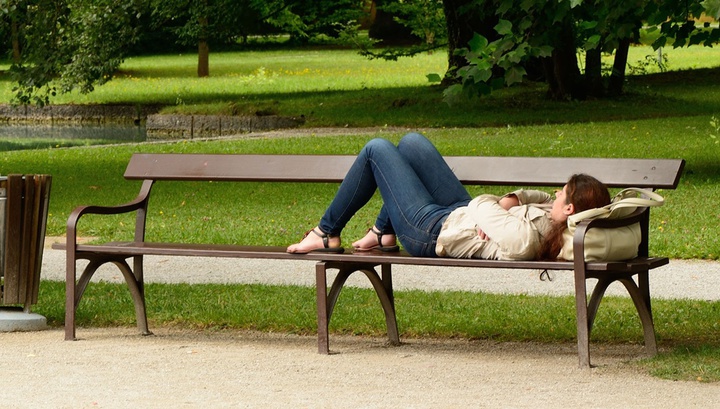 Many people dream of sleeping at night for four hours and feel at the same time in the morning, cheerful and rested. By the way, some geniuses of politics and science became famous not only for their actions, but also for such a superpower – among them, for example, Winston Churchill, Guy Julius Caesar, Leonardo da Vinci and Napoleon Bonaparte. The latter is credited with the aphorism that the old people have five hours of sleep, soldiers – six, women – seven, men – eight, well, but for nine hours only sick people sleep.

However, modern scientists have their own opinion on this matter. They believe that the amount of sleep a person needs for normal life depends directly on his genes (by the way, like the appearance of insomnia).

Earlier, experts found out that a special genetic mutation divides people into “owls” and “larks”. Now the team from the National Heart, Lung and Blood Research Institute of the United States has proven that some genetic differences can also explain why individuals need only a few hours to sleep, and others even feel like they are “broken” after a full eight hour sleep.

The work was carried out on model organisms – fruit flies (fruit flies). It is very convenient for them to study questions related to human health, since more than 70% of genes that cause diseases and disorders in humans contain fruit flies in their genome.

It turned out that Drosophila have “sleep duration genes”, which are associated with a wide range of biological processes.

Researchers were initially confident that not only circadian rhythms, but also genes affect how many hours a person has enough to rest. However, it was the first time to find out exactly what genes are and what processes they are responsible for.

In the course of the experiments, scientists extracted 13 generations of fruit flies, which were either “hard-of-sleepers” (slept 18 hours a day) or, on the contrary, preferred to sleep less (3 hours a day). The authors emphasize that they used insects originally taken from the wild, and did not modify them with the help of mutations. 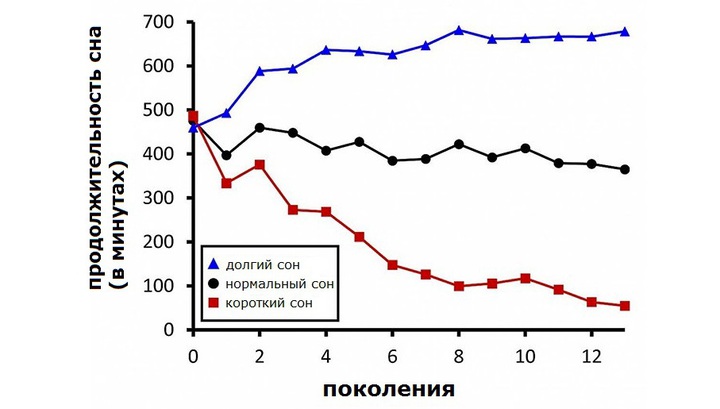 Researchers compared the genetic data of both groups and found 126 differences in 80 genes, which in one way or another are related to the duration of sleep.

According to the authors, these genetic differences control several important developmental processes, as well as signaling at the cellular level. The latter term refers to the processes by which a cell transforms one type of signal or stimulus into another. In addition, some of the identified genes are responsible for brain development, as well as functions such as learning and memory.

It is curious that the life expectancy of many and few asleep Drosophila was practically the same. This suggests that, probably, too long, and extremely short sleep does not have many physiological consequences (both positive and negative) if the propensity is already embedded in the genes.
“What is particularly interesting in this study is that we created flies with a” long and short sleep “using genetic material present in nature, unlike artificial mutations or transgenic flies that many scientists use,” says the head a study by Susan Harbison.

However, it is still unclear whether the same differences in the duration of sleep in representatives of wild populations are observed.

According to the authors, this work will bring experts closer to unraveling one of the main mysteries of biology – the need to sleep. Studying how diverse biological processes affect people’s needs for sleep and its duration will help create new methods for treating sleep disorders – insomnia, narcolepsy and others.

A scientific article with a more detailed description of the research is published in PLOS Genetics.