The origins of the evolution of the human hand are found 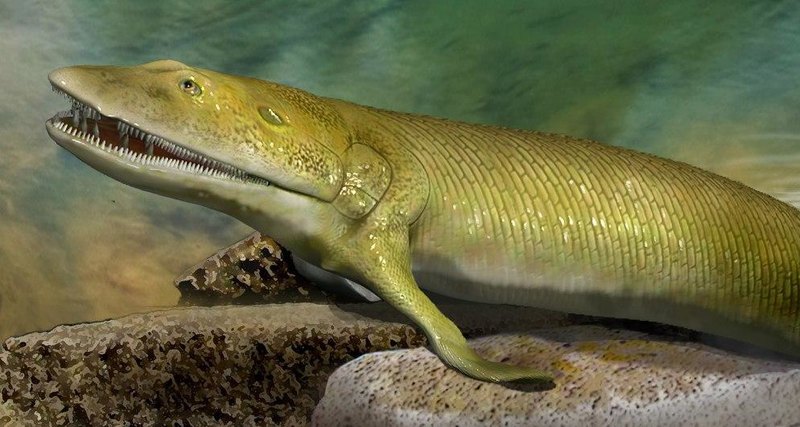 Found in Canada, an ancient fossil species of extinct lobed fish (Elpistostege watsoni), living in the Devonian period, allowed paleontologists from the universities of Flinders (Australia) and Quebec (Canada) to trace the evolution of the human hand starting with fish fins.

Scientists conducted a CT-like high-energy scan of this fossil, which lived about 360 million years ago, and could see the skeleton of the pectoral fin, in which the presence of the humerus, radius and ulna, as well as the carpal rows and well-organized phalanges, were detected.

According to John Long, one of the scientists who studied, for the first time in the fin of such an ancient fish, what was undoubtedly fingers was discovered – the fossil bones articulated in the fin are similar to the bones of the fingers of most primates. This discovery, as the scientist says, shows that the evolution of the hand began much earlier than previously thought.

In general, the evolution of fish in tetrapods, that is, in tetrapods of vertebrates, from which humans also originate, was one of the most significant events in the history of life on Earth. And the evolution of the arms and legs played one of the main roles in this process. The time during which this evolution took place falls on the period between the Middle and Upper Devonian, that is, from 393 to 359 million years ago.

Prior to the current find, another species of the fossil, Tiktaalik roseae, previously found in Arctic Canada, helped paleontologists understand this type of evolution. Despite the fact that the find was incomplete, scientists were able to understand the anatomical changes associated with breathing outside the water, as well as cj hearing and nutrition. This new Elpistostege sample was discovered back in 2010, but only today, after much research, has led to an important discovery.