The past September has become one of the hottest in history 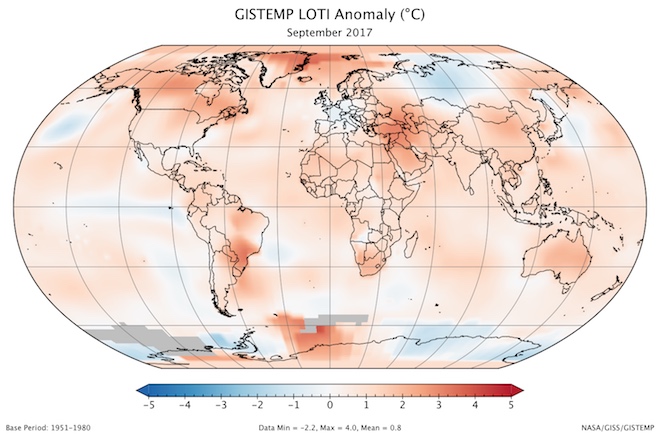 The last month was the fourth on the list of the warmest seasons in the last 137 years, when modern meteorological observations were started. These are the results of the monthly global temperature analysis announced by NASA scientists from the Goddard Institute for Space Research (GISS) in New York. 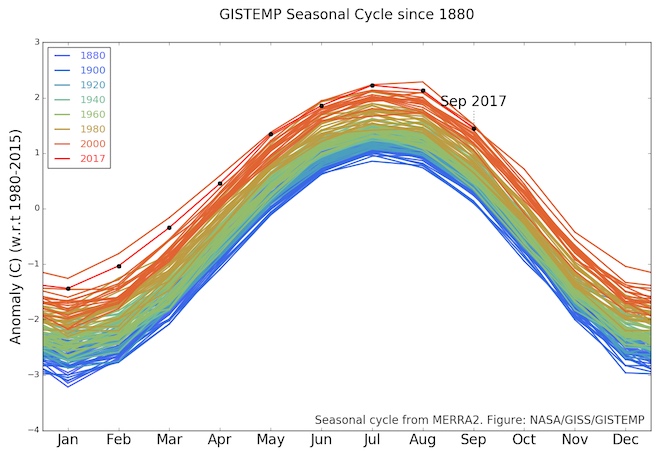 According to NASA, the monthly analysis is carried out by GISS scientists on the basis of indicators derived from publicly available data collected from approximately 6,300 meteorological stations around the world, as well as Antarctic research stations and special meteorological devices on ships and buoys through which surface temperature is measured seas.

Traditionally, the beginning of modern global meteorological observations for temperature indicators is considered to be the year 1880. Previous observations are not taken into account, as they did not cover all regions of the planet. The results of monthly analyzes are sometimes revised and adjusted if additional data are received, NASA said.